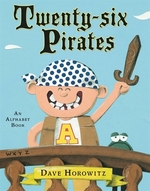 Dave Horowitz’s swashbuckling cut-paper artwork is packed with clever details in this epic companion to his popular Twenty-six Princesses. This rhyming alphabet book is chock full of fun as 26 mischievous pirates head to Captain Frogbeard’s ship where they hope to join the crew—and the fun! From Arty to Zach, the Pirates of the Alphabet are the most colorful crew on the high seas!

With no prospect of any friends around for the winter, Moose decides to travel south with Duck and Other Duck. 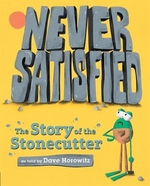 NEVER SATISFIED THE STORY OF THE STONEC
By: dave horowitz | Published: July 2018

A hilarious story about thinking the grass is greener somewhere else Have you ever wished you were someone else? Stanley the stonecutter has, becau... [Read More]

A hilarious story about thinking the grass is greener somewhere else Have you ever wished you were someone else? Stanley the stonecutter has, because cutting stones is hard work for a frog! So Stanley wishes he could have it easy like the tea-drinking businessman . . . and, boom, he's transformed. Then he decides he'd be better off as the majestic king. But even that isn't good enough when he sees the radiant sun. Why, if he were the sun, everyone would look up to him, right? Hmm, will Stanley ever be satisfied? Dave Horowitz's fantastic collage illustrations bring this classic folktale to hilarious life as Stanley's endless comparisons bring him full circle. Maybe being yourself is not half bad after all!