Below is a list of 9 the books by this author. 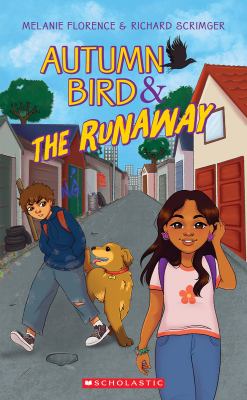 Two kids from different worlds form an unexpected friendship. Cody's home life is a messy, too-often terrifying story of neglect and abuse. Cody himself is a smart kid, a survivor with a wicked sense of humour that helps him see past his circumstances and begin to try to get himself out. Autumn is, quite literally, on the other side of the tracks from him. Her home life is loving and secure, and she is "in" with the popular girls at school, even if she has a secret life as a glasses-wearing, self-professed comic book nerd at home. And even if the pressure to fit in at school requires hours of time spent making herself look "perfect." Returning home from a movie one evening, Autumn comes across Cody, face down in the laneway behind her house. All Cody knows is that he can't take another beating from his father like the one he just narrowly escaped. He can't go home, but he doesn't have anywhere else to go either. Autumn won't turn her back on him, even if they never really were friends at school. She agrees to let him hide out in her dad's art studio at night. Over the next couple of days of Autumn sneaking Cody food and bandages, his story comes out. And so does hers. Told in alternating narratives, Autumn Bird and the Runaway is a breathtaking collaboration by two of Canada's finest writers of books for young readers. Infused with themes of identity, belonging and compassion, it's a story that reminds us that we are all more than our circumstances, and we are all more connected than we think.

In this high-interest novel for teen readers, a young teen is thrilled when she gets into art school but shocked to learn that some students feel she... [Read More]

In this high-interest novel for teen readers, a young teen is thrilled when she gets into art school but shocked to learn that some students feel she doesn't belong there.

Hockey is a relatively new sport in Canada's North. It wasn't until 2003 that Jordin Kudluk "Thunder" Tootoo became the first Inuk to play in an NHL... [Read More]

Hockey is a relatively new sport in Canada's North. It wasn't until 2003 that Jordin Kudluk "Thunder" Tootoo became the first Inuk to play in an NHL game. Although hockey is a rough sport to begin with, Jordin Tootoo is known for having to "fight his way through." Jordin has had more than his fair share of fights both on and off the ice. He's had to overcome the social problems that are associated with the North, fight his way through the discrimination and culture shock he encountered after leaving Rankin Inlet and moving to Alberta to play in the Juniors, and see his way through the grief of losing his NHL bound older brother and hero, Terence Tootoo, to suicide in 2002. This new, updated biography explores the struggles and accomplishments of the most recognized role model for young Aboriginal and Inuit people today. 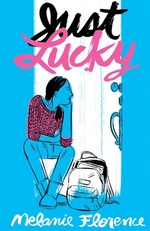 Lucky loves her grandparents, and they are all the family she really has. True, her grandma forgets things…like turning off the stove, or... [Read More]

Lucky loves her grandparents, and they are all the family she really has. True, her grandma forgets things…like turning off the stove, or Lucky’s name. But her grandpa takes such good care of them that Lucky doesn’t realize how bad things are. That is until he’s gone. When her grandma accidentally sets the kitchen on fire, Lucky can’t hide what’s happening any longer, and she is sent into foster care. She quickly learns that some foster families are okay. Some aren’t. And some really, really aren’t. Is it possible to find a home again when the only one you’ve ever known has been taken from you? 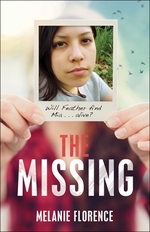 After a girl she knows from school goes missing and is found dead in the Red River, Feather is shocked when the police write it off as a suicide.... [Read More]

After a girl she knows from school goes missing and is found dead in the Red River, Feather is shocked when the police write it off as a suicide. Then, it's Feather's best friend, Mia, who vanishes  but Mia's mom and abusive stepfather paint Mia as a frequent runaway, so the authorities won't investigate her disappearance either. Everyone knows that Native girls are disappearing and being killed, but no one is connecting the dots. When Feather's brother Kiowa is arrested under suspicion of Mia's abduction, Feather knows she has to clear his name. What Feather doesn't know is that the young serial killer who has taken Mia has become obsessed with Feather, and her investigation is leading her into terrible danger. Using as its background the ongoing circumstance of unsolved cases of missing and murdered Aboriginal women, this fictional thriller set in Winnipeg explores one teenager's response to a system that has long denied and misrepresented the problem.

Floyd Twofeathers has always trusted his mom, a traditional healer, and his dad, hereditary chief of their band, to take care of the people on their... [Read More]

Floyd Twofeathers has always trusted his mom, a traditional healer, and his dad, hereditary chief of their band, to take care of the people on their reserve. But a lack of educational and career opportunities, medical support and counselling has left young people feeling that they have no future. As suicides pile up, Floyd finds that his friends and kids he knows are taking their own lives because they feel that they have no future — but his father refuses to listen to Floyd's attempts to find a realistic solution. When Floyd's father is overwhelmed by the situation and succumbs to alcohol and depression, it is up to Floyd to turn around his community's descent into crisis before it's too late. Set in a situation of suicide contagion among young people in Aboriginal communities, this novel follows one teenager's determined efforts to help his friends and his community find solutions. 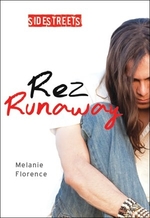 Raised on a reserve in northern Ontario, seventeen-year-old Joe Littlechief tries to be like the other guys. But Joe knows he's different -- he's... [Read More]

Raised on a reserve in northern Ontario, seventeen-year-old Joe Littlechief tries to be like the other guys. But Joe knows he's different -- he's more interested in guys than in any of the girls he knows. One night Joe makes a drunken pass at his best friend Benjy and, by the next morning, everyone on the rez is talking about Joe. His mother, a devout Christian, is horrified, and the kids who are supposed to be his friends make it clear there's no place for him in their circle, or even on the rez. Joe thinks about killing himself, but instead runs away to the city. Alone and penniless on the streets of Toronto, Joe comes to identify with the Aboriginal idea of having two spirits, or combining both feminine and masculine identities in one person. He also begins to understand more about how his parents have been affected by their own experiences as children in residential schools -- something never discussed on the rez. And he realizes he has to come to terms with his two-spiritedness and find people who accept him for who he is. This is a novel that reflects the complex realities faced by young LGBTQ and aboriginal youth today. 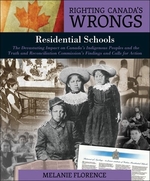 Canada's residential school system for aboriginal young people is now recognized as a grievous historic wrong committed against First Nations, Metis, and Inuit peoples. This book documents this subject in a format that will give all young people access to this painful part of Canadian history. In 1857, the Gradual Civilization Act was passed by the Legislature of the Province of Canada with the aim of assimilating First Nations people. In 1879, Prime Minister Sir John A. Macdonald commissioned the "Report on Industrial Schools for Indians and Half-Breeds." This report led to native residential schools across Canada. First Nations and Inuit children aged seven to fifteen years old were taken from their families, sometimes by force, and sent to residential schools where they were made to abandon their culture. They were dressed in uniforms, their hair was cut, they were forbidden to speak their native language, and they were often subjected to physical and psychological abuse. The schools were run by the churches and funded by the federal government. About 150,000 aboriginal children went to 130 residential schools across Canada. The last federally funded residential school closed in 1996 in Saskatchewan. The horrors that many children endured at residential schools did not go away. It took decades for people to speak out, but with the support of the Assembly of First Nations and Inuit organizations, former residential school students took the federal government and the churches to court. Their cases led to the Indian Residential Schools Settlement Agreement, the largest class-action settlement in Canadian history. In 2008, Prime Minister Harper formally apologized to former native residential school students for the atrocities they suffered and the role the government played in setting up the school system. The agreement included the Truth and Reconciliation Commission, which has since worked to document this experience and toward reconciliation. Through historical photographs, documents, and first-person narratives from First Nations, Inuit, and Metis people who survived residential schools, this book offers an account of the injustice of this period in Canadian history. It documents how this official racism was confronted and finally acknowledged. 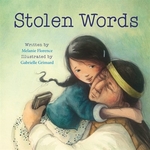 The story of the beautiful relationship between a little girl and her grandfather. When she asks her grandfather how to say something in his language... [Read More]

The story of the beautiful relationship between a little girl and her grandfather. When she asks her grandfather how to say something in his language – Cree – he admits that his language was stolen from him when he was a boy. The little girl then sets out to help her grandfather find his language again. This sensitive and warmly illustrated picture book explores the intergenerational impact of the residential school system that separated young Indigenous children from their families. The story recognizes the pain of those whose culture and language were taken from them, how that pain is passed down, and how healing can also be shared.