Your search returned 200 results in the Theme: fantasy. 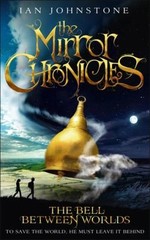 MIRROR CHRONICLES - THE BELL BETWEEN WO
By: ian johnstone | Published: June 2013 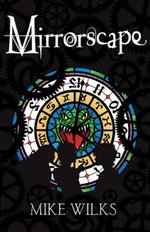 Enter the Mirrorscape - an amazing world limited only by the artist's imagination...Fulfilling the dream of a lifetime, Melkin Womper is appre... [Read More]

Enter the Mirrorscape - an amazing world limited only by the artist's imagination...Fulfilling the dream of a lifetime, Melkin Womper is apprenticed to a master painter, Ambrosius Blenk. Son of a village weaver, Mel is over-awed by the master's richly coloured and vividly detailed paintings. He is particularly amazed by the colours, because there are no colours back home. To have colour in your life, you have to buy the Pleasure, and the sinister scarlet-robed Fifth Mystery own the rights to such Pleasures. Soon, Mel and his new friends Ludo and Wren find themselves caught in a power struggle between the Mystery and the master. One that involves stepping through paintings into a world where the bizarre is commonplace and all logic is irrelevant. A world where angels, pyramid mazes, imaginary monsters, talking houses and - most importantly - the simple paintbrush all combine to form a hugely original and deeply compelling fantasy. This is a thrilling adventure filled with fantastical creatures in an incredibly visual secret world. 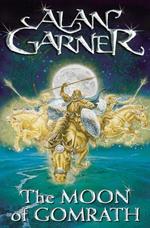 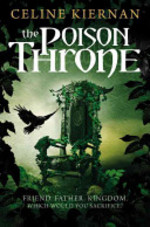 When young Wynter Moorehawke returns to court with her dying father, but she finds her old home shadowed with fear. The king has become a violent desp... [Read More]

When young Wynter Moorehawke returns to court with her dying father, but she finds her old home shadowed with fear. The king has become a violent despot, terrorizing those he once loved. His son and heir Alberon has fled into exile and now there are whispers everywhere of rebellion. Meanwhile, Alberon's half-brother Razi has been elevated to his throne. He struggles to meet his King's demands while remaining loyal to his beloved brother and to his friend-Wynter. Now, she must choose- her father or her dreams, her friend or her king, her duty... or her love. 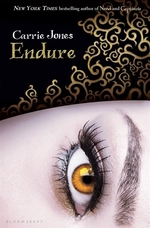 Rescuing Nick should have made all of Zara's problems disappear. Bedford's greatest warrior is back, not to mention Zara's true soul mate. But it seem... [Read More]

Rescuing Nick should have made all of Zara's problems disappear. Bedford's greatest warrior is back, not to mention Zara's true soul mate. But it seems it isn't enough. Nick isn't enough. Bedford is being ravaged by evil pixies and they need much more than one great warrior; they need an army to stop the impended apocalypse. Zara isn't sure what her role is anymore. She's not just fighting for her friends, she's also a pixie queen. And to align her team of pixies with the humans she loves will be one of her greatest battles yet. Especially since she can't even reconcile her growing, heart-pounding feelings for her pixie king. . . . Unexpected turns, surprising revelations, and one utterly satisfying romantic finale make Endure a thrilling end to this acclaimed series. 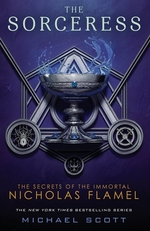 Nicholas Flamel appeared in J.K. Rowling’s Harry Potter—but did you know he really lived? And his secrets aren't safe! Discover the truth in book three of the New York Times bestselling series the Secrets of the Immortal Nicholas Flamel. The Problem: Perenelle Flamel is trapped. What’s Worse: Sophie and Josh might soon be as well.    Paris was destroyed by John Dee and Niccolo Machiavelli, but the missing pages of the Book of Abraham the Mage are still protected from Dee and the Dark Elders.    Except Perenelle is imprisoned on Alcatraz and now Scatty is missing, leaving a weakening Nicholas as Sophie and Josh's only protection in Lond, a city Dee has under his control.    The only hope of defeating Dee and escaping London is to find an Elder to teach the twins the third elemental magic—Water Magic. The bad news? The lone option is Gilgamesh the King, and he is absolutely insane. "The Secrets of the Immortal Nicholas Flamel has everything you loved about Harry Potter, including magic, mystery, and a constant battle of good versus evil."--Bustle Read the whole series! The Alchemyst The Magician The Sorceress The Necromancer The Warlock The Enchantress 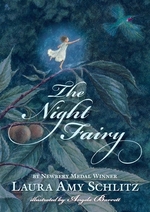 From 2008 Newbery Medalist Laura Amy Schlitz comes an exhilarating adventure — and a thoroughly original fairy who is a true force of nature.  ... [Read More]

From 2008 Newbery Medalist Laura Amy Schlitz comes an exhilarating adventure — and a thoroughly original fairy who is a true force of nature.  What would happen to a fairy if she lost her wings and could no longer fly? Flory, a young night fairy no taller than an acorn and still becoming accustomed to her wings — wings as beautiful as those of a luna moth — is about to find out. What she discovers is that the world is very big and very dangerous. But Flory is fierce and willing to do whatever it takes to survive. If that means telling others what to do — like Skuggle, a squirrel ruled by his stomach — so be it. Not every creature, however, is as willing to bend to Flory’s demands. Newbery Medal winner Laura Amy Schlitz and world-renowned illustrator and miniaturist Angela Barrett venture into the realm of the illustrated classic — a classic entirely and exquisitely of their making, and a magnificent adventure. 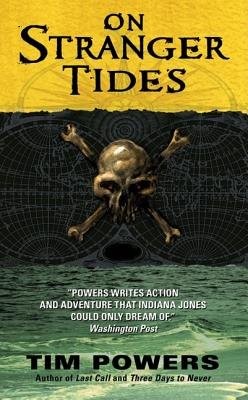 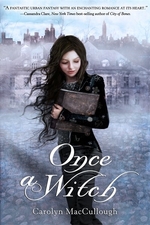 ONCE A WITCH
By: carolyn maccullough | Published: September 2010

Tamsin Greene comes from a long line of witches, and she was supposed to be one of the most Talented among them. But Tamsin's magic never showed up. N... [Read More]

Tamsin Greene comes from a long line of witches, and she was supposed to be one of the most Talented among them. But Tamsin's magic never showed up. Now seventeen, Tamsin attends boarding school in Manhattan, far from her family. But when a handsome young professor mistakes her for her very Talented sister, Tamsin agrees to find a lost family heirloom for him. The search-and the stranger-will prove to be more sinister than they first appeared, ultimately sending Tamsin on a treasure hunt through time that will unlock the secret of her true identity, unearth the sins of her family, and unleash a power so vengeful that it could destroy them all. This is a spellbinding display of storytelling that will exhilarate, enthrall, and thoroughly enchant. 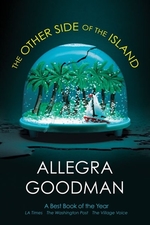 OTHER SIDE OF THE ISLAND
By: allegra goodman | Published: May 2009

A gripping and beautifully written dystopian page-turner from New York Times bestselling author and National Book Award finalist ALLEGRA GOODMAN. In the eighteenth glorious year of Enclosure, long after The Flood, a young girl named Honor moves with her parents to Island 365 in the Tranquil Sea. Life on the tropical island is peaceful—there is no sadness and no visible violence in this world. Earth Mother and her Corporation have created New Weather. The sky is always blue and it almost never rains. Every family fits into its rightful, orderly, and predictable place…   Except Honor’s. Her family does not follow the rules. They ignore curfew, sing songs, and do not pray to Earth Mother.  Honor doesn’t fit in with the other children at the Old Colony School. Then she meets Helix, a boy with a big heart who slowly helps her uncover a terrible secret about the Island:  Sooner or later, those who do not fit disappear, and they don’t ever come back.    Honor knows her family could be next, and when the unthinkable happens, she must make the dangerous journey to the Other Side of the Island—before Earth Mother comes for her too… 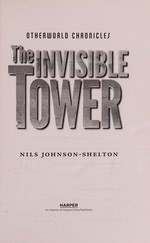 A twelve-year-old boy learns that he is actually King Arthur brought back to life in the twenty-first century--and that the fate of the universe rests... [Read More]

A twelve-year-old boy learns that he is actually King Arthur brought back to life in the twenty-first century--and that the fate of the universe rests in his hands. 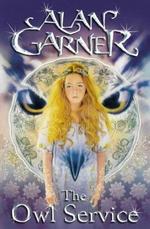 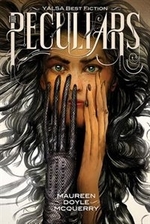 This dark and thrilling adventure, with an unforgettable heroine, will captivate fans of steampunk, fantasy, and romance. On her 18th birthday, Len... [Read More]

This dark and thrilling adventure, with an unforgettable heroine, will captivate fans of steampunk, fantasy, and romance. On her 18th birthday, Lena Mattacascar decides to search for her father, who disappeared into the northern wilderness of Scree when Lena was young. Scree is inhabited by Peculiars, people whose unusual characteristics make them unacceptable to modern society. Lena wonders if her father is the source of her own extraordinary characteristics and if she, too, is Peculiar. On the train she meets a young librarian, Jimson Quiggley, who is traveling to a town on the edge of Scree to work in the home and library of the inventor Mr. Beasley. The train is stopped by men being chased by the handsome young marshal Thomas Saltre. When Saltre learns who Lena's father is, he convinces her to spy on Mr. Beasley and the strange folk who disappear into his home, Zephyr House. A daring escape in an aerocopter leads Lena into the wilds of Scree to confront her deepest fears. Praise for The Peculiars STARRED REVIEW "McQuerry offers a brooding northwest setting touched by steampunk elements to tell a story that is in equal parts inventive fantasy, light romance, and thrilling adventure. With a backdrop as strong as its heroine, this one is a page-turner." --Booklist, starred review "The Peculiars combines a teenage girl's search for her identity with a setting that merges the genres of fantasy, gothic and steampunk. A light romance, a bit of adventure and the author's inclusion of historical notes complete this delightful offering." --BookPage "Readers graduating from the stories of C.S. Lewis and Edward Eager will be right at home-and cat lovers will adore Jimson's employer's pet, Mrs. Mumbles." --Publishers Weekly "A creative, entertaining, and wholly original fantasy." --The Horn Book "Richly atmospheric read." --Kirkus Reviews Award YALSA 2013 Best Fiction for Young Adults 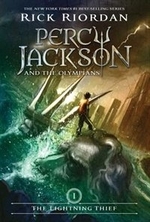 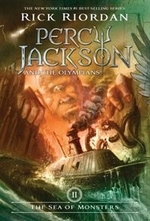 PERCY JACKSON 02 SEA OF MONSTERS
By: rick riordan | Published: May 2007

After a summer spent trying to prevent a catastrophic war among the Greek gods, Percy Jackson finds his seventh-grade school year unnervingly quiet. His biggest problem is dealing with his new friend, Tyson-a six-foot-three, mentally challenged homeless kid who follows Percy everywhere, making it hard for Percy to have any "normal" friends. But things don't stay quiet for long. Percy soon discovers there is trouble at Camp Half-Blood: the magical borders which protect Half-Blood Hill have been poisoned by a mysterious enemy, and the only safe haven for demigods is on the verge of being overrun by mythological monsters. To save the camp, Percy needs the help of his best friend, Grover, who has been taken prisoner by the Cyclops Polyphemus on an island somewhere in the Sea of Monsters, the dangerous waters Greek heroes have sailed for millennia-only today, the Sea of Monsters goes by a new name?the Bermuda Triangle. Now Percy and his friends-Grover, Annabeth, and Tyson-must retrieve the Golden Fleece from the Island of the Cyclopes by the end of the summer or Camp Half-Blood will be destroyed. But first, Percy will learn a stunning new secret about his family-one that makes him question whether being claimed as Poseidon's son is an honor or simply a cruel joke.