Below is a list of 10 the books by this author. 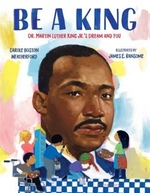 BE A KING
By: carole weatherford | Published: January 2018

You can be a King. Stamp out hatred. Put your foot down and walk tall. You can be a King. Beat the drum for justice. March to your own conscience. Featuring a dual narrative of the key moments of Dr. King's life alongside a modern class as the students learn about him, Carole Weatherford's poetic text encapsulates the moments that readers today can reenact in their own lives. See a class of young students as they begin a school project inspired by Dr. Martin Luther King Jr. and learn to follow his example, as he dealt with adversity and never lost hope that a future of equality and justice would soon be a reality. As times change, Dr. King's example remains, encouraging a new generation of children to take charge and change the world . . . to be a King.

In a powerful novel in verse, an award-winning author offers an eye-opening look at the life of Marilyn Monroe. From the day she was born into a troub... [Read More]

In a powerful novel in verse, an award-winning author offers an eye-opening look at the life of Marilyn Monroe. From the day she was born into a troubled home to her reigning days as a Hollywood icon, Marilyn Monroe (née Norma Jeane Mortenson) lived a life that was often defined by others. Here, in a luminous poetic narrative, acclaimed author Carole Boston Weatherford tells Marilyn's story in a way that restores her voice to its rightful place: center stage. Revisiting Marilyn's often traumatic early life--foster homes, loneliness, sexual abuse, teen marriage--through a hard-won, meteoric rise to stardom that brought with it exploitation, pill dependency, and depression, the lyrical narrative continues through Marilyn's famous performance at JFK's birthday party, three months before her death. In a story at once riveting, moving, and unflinching, Carole Boston Weatherford tells a tale of extraordinary pain and moments of unexpected grace, gumption, and perseverance, as well as the inexorable power of pursuing one's dreams. A beautifully designed volume. 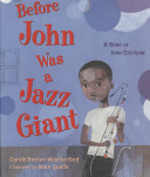 BEFORE JOHN WAS A JAZZ GIANT A SONG OF J
By: carole weatherford | Published: April 2008

Young John Coltrane was all ears. And there was a lot to hear growing up in the South in the 1930s: preachers praying, music on the radio, the bustlin... [Read More]

Young John Coltrane was all ears. And there was a lot to hear growing up in the South in the 1930s: preachers praying, music on the radio, the bustling of the household. These vivid noises shaped John’s own sound as a musician. Carole Boston Weatherford and Sean Qualls have composed an amazingly rich hymn to the childhood of jazz legend John Coltrane. Before John Was a Jazz Giant is a 2009 Coretta Scott King Illustrator Honor Book and a 2009 Bank Street - Best Children's Book of the Year. 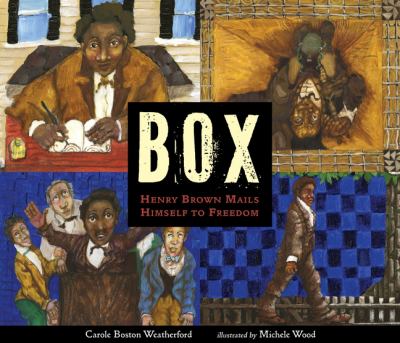 "What have I to fear? My master broke every promise to me. I lost my beloved wife and our dear children. All, sold South. Neither my time nor my body ... [Read More]

"What have I to fear? My master broke every promise to me. I lost my beloved wife and our dear children. All, sold South. Neither my time nor my body is mine. The breath of life is all I have to lose. And bondage is suffocating me." Henry Brown wrote that long before he came to be known as Box, he "entered the world a slave." He was put to work as a child and passed down from one generation to the next -- as property. When he was an adult, his wife and children were sold away from him out of spite. Henry Brown watched as his family left bound in chains, headed to the deeper South. What more could be taken from him? But then hope -- and help -- came in the form of the Underground Railroad. Escape! In stanzas of six lines each, each line representing one side of a box, celebrated poet Carole Boston Weatherford powerfully narrates Henry Brown's story of how he came to send himself in a box from slavery to freedom. Strikingly illustrated in rich hues and patterns by artist Michele Wood, Box is augmented with historical records and an introductory excerpt from Henry's own writing as well as a time line, notes from the author and illustrator, and a bibliography. 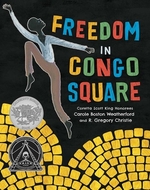 Chosen as a New York Times Best Illustrated Book of 2016, this poetic, nonfiction story about a little-known piece of African American history captures a human's capacity to find hope and joy in difficult circumstances and demonstrates how New Orleans' Congo Square was truly freedom's heart. Mondays, there were hogs to slop, mules to train, and logs to chop. Slavery was no ways fair. Six more days to Congo Square. As slaves relentlessly toiled in an unjust system in 19th century Louisiana, they all counted down the days until Sunday, when at least for half a day they were briefly able to congregate in Congo Square in New Orleans. Here they were free to set up an open market, sing, dance, and play music. They were free to forget their cares, their struggles, and their oppression. This story chronicles slaves' duties each day, from chopping logs on Mondays to baking bread on Wednesdays to plucking hens on Saturday, and builds to the freedom of Sundays and the special experience of an afternoon spent in Congo Square. This book will have a forward from Freddi Williams Evans (freddievans.com), a historian and Congo Square expert, as well as a glossary of terms with pronunciations and definitions. AWARDS: A Kirkus Reviews Best Book of 2016 A School Library Journal Best Book of 2016: Nonfiction Starred reviews from School Library Journal, Booklist, Kirkus Reviews, and The Horn Book Magazine 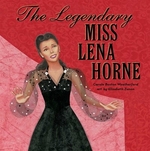 Celebrate the life of Lena Horne, the pioneering African American actress and civil rights activist, with this inspiring and powerful picture book from award-winning author Carole Boston Weatherford. You have to be taught to be second class; you’re not born that way. Lena Horne was born into the freedom struggle, to a family of teachers and activists. Her mother dreamed of being an actress, so Lena followed in her footsteps as she chased small parts in vaudeville, living out of a suitcase until MGM offered Lena something more—the first ever studio contract for a black actress. But the roles she was considered for were maids and mammies, stereotypes that Lena refused to play. Still, she never gave up. “Stormy Weather” became her theme song, and when she sang “This Little Light of Mine” at a civil rights rally, she found not only her voice, but her calling. 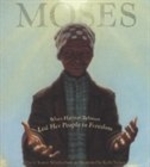 This poetic book is a resounding tribute to Tubman's strength, humility, and devotion. With proper reverence, Weatherford and Nelson do justice to the... [Read More]

This poetic book is a resounding tribute to Tubman's strength, humility, and devotion. With proper reverence, Weatherford and Nelson do justice to the woman who, long ago, earned over and over the name Moses. 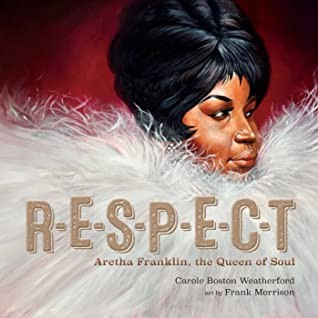 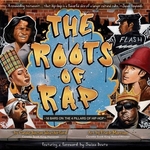 Explore the roots of rap in this stunning, rhyming, triple-timing picture book! A generation voicing stories, hopes, and fears founds a hip-hop nation. Say holler if you hear. The roots of rap and the history of hip-hop have origins that precede DJ Kool Herc and Grandmaster Flash. Kids will learn about how it evolved from folktales, spirituals, and poetry, to the showmanship of James Brown, to the culture of graffiti art and break dancing that formed around the art form and gave birth to the musical artists we know today. Written in lyrical rhythm by award-winning author and poet Carole Boston Weatherford and complete with flowing, vibrant illustrations by Frank Morrison, this book beautifully illustrates how hip-hop is a language spoken the whole world 'round, it and features a foreward by Swizz Beatz, a Grammy Award winning American hip-hop rapper, DJ, and record producer. 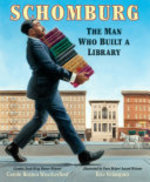 SCHOMBURG- THE MAN WHO BUILT A LIBRARY
By: carole weatherford | Published: September 2017