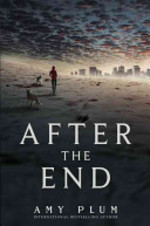 Michael Grant's Gone series meets M. Night Shyamalan's The Village in this riveting story of one girl's journey to save the very people who have lied ... [Read More]

Michael Grant's Gone series meets M. Night Shyamalan's The Village in this riveting story of one girl's journey to save the very people who have lied to her for her entire life. Amy Plum, international bestselling author of the Die for Me series, delivers a fast-paced adventure perfect for fans of Marie Lu, Veronica Rossi, and Robison Wells. Juneau grew up fearing the outside world. The elders told her that beyond the borders of their land in the Alaskan wilderness, nuclear war had destroyed everything. But when Juneau returns from a hunting trip one day and discovers her people have been abducted, she sets off to find them. And leaving the boundaries for the very first time, she learns the horrifying truth: World War III never happened. Nothing was destroyed. Everything she'd ever been taught was a lie. As Juneau comes to terms with an unfathomable deception, she is forced to survive in a completely foreign world, using only the skills and abilities she developed in the wild. But while she's struggling to rescue her friends and family, someone else is after her. Someone who knows the extraordinary truth about her secret past. 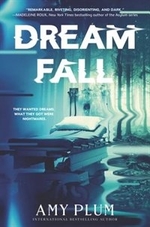 "Remarkable, riveting, disorienting and dark." —Madeleine Roux, New York Times bestselling author of the Asylum series A Nightmare on Elm Street meets Inception in this gripping psychological thriller from international bestselling author Amy Plum. Seven teenagers who suffer from debilitating insomnia agree to take part in an experimental new procedure to cure it because they think it can’t get any worse. But they couldn’t be more wrong. When the lab equipment malfunctions, the patients are plunged into a terrifying dreamworld where their worst nightmares have come to life—and they have no memory of how they got there. Hunted by monsters from their darkest imaginations and tormented by secrets they’d rather keep buried, these seven strangers will be forced to band together to face their biggest fears. And if they can’t find a way to defeat their dreams, they will never wake up. Dreamfall is perfect for fans of dark and edgy young adult novels from authors like Danielle Vega, Natasha Preston, Kendare Blake, and Madeleine Roux. It is the first book in a spine-tingling duology full of action, suspense, and horror that's sure to keep readers on the edge of their seat until the very last page.

Scream meets Nightmare on Elm Street in this thrilling and terrifying sequel to Dreamfall—which Madeleine Roux, New York Times bestselling author of the Asylum series, called “remarkable, riveting, disorienting, and dark.” For most people, no matter how bad a nightmare is, it always comes to an end. But for Cata and the others, there may be no escape. After an experimental treatment meant to cure their insomnia went horribly wrong, the teens were plunged into a shared dreamworld where their most terrifying fears became reality. The six of them have no way of waking up. And they’re now beginning to realize that if they die there, they might actually die in the real world. One of the dreamers is already gone, and anyone could be next. So they must work together to survive. But as they learn the truth about one another, they soon discover they are trapped with someone far more dangerous than their nightmares…. Perfect for fans of Danielle Vega, Kendare Blake, and Michelle Hodkin, Neverwake is the final book in this spine-tingling duology full of action and suspense that will give you nightmares you never could have imagined.