Dry meets Hatchet in this thrilling tale of survival following a teen girl who must lead her friends across country to the safety of her estranged... [Read More]

Dry meets Hatchet in this thrilling tale of survival following a teen girl who must lead her friends across country to the safety of her estranged father’s survivalist compound after a mass power failure leaves the country in chaos. When seventeen-year-old Zara escaped her father’s backwoods survivalist compound five years ago, she traded crossbows and skinning hides for electricity and video games…and tried to forget the tragedy that drove her away. Until a malware attack on the United States electrical grids cuts off the entire country’s power. In the wake of the disaster and the chaos that ensues, Zara is forced to call upon skills she thought she’d never use again—and her best bet to survive is to go back to the home she left behind. Drawing upon a resilience she didn’t know she had, Zara leads a growing group of friends on an epic journey across a crumbling country back to her father’s compound, where their only hope for salvation lies. But with every step she takes, Zara wonders if she truly has what it takes to face her father and the secrets of her past, or if she’d be better off hiding in the dark.

A funny and honest portrayal of living with social anxiety, this timely novel explores the universal themes of growing up and finding your voice, set... [Read More]

A funny and honest portrayal of living with social anxiety, this timely novel explores the universal themes of growing up and finding your voice, set in a fast-paced comedy. Ellie Katz is sabotaging her own party. Sure, it seems extreme, but it's the only option for her bat mitzvah. Crowds and attention always made her nervous, and lately they've been making it harder and harder for Ellie to breathe. The celebration would mean (1) a large crowd, (2) lots of staring, and (3) distant family listening to her sing in another language. No thank you! To avoid certain catastrophe, she hatches a plan with her best friend Zoe to ruin the big day. Cue the email hacking, DJ takedown, and an all-out food fight! Everything is falling apart according to plan, until a fight with Zoe leaves Ellie alone on her path of destruction, facing some unintended consequences and disappointments. Can she find a way to right her wrongs, face her fears, and light her candles? 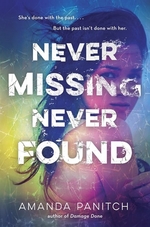 A juicy thriller about a girl who returned from the missing. . . . Hand to fans of We Were Liars, Bone Gap, and Vanishing Girls.   Some choices... [Read More]

A juicy thriller about a girl who returned from the missing. . . . Hand to fans of We Were Liars, Bone Gap, and Vanishing Girls.   Some choices change everything. Scarlett chose to run. And the consequences will be deadly.   Stolen from her family as a young girl, Scarlett was lucky enough to eventually escape her captor. Now a teen, she's starting a summer job at an amusement park. There are cute boys, new friends, and the chance to finally have a normal life. Her first day on the job, Scarlett is shocked to discover that a girl from the park has gone missing. Old memories come rushing back. And now as she meets her new coworkers, one of the girls seems strangely familiar. When Scarlett chose to run all those years ago, what did she set into motion? And when push comes to shove, how far will she go to uncover the truth . . . before it's too late? A New York Public Library's Best 50 Books for Teens "Panitch tells a harrowing story of captivity, survival, and the pursuit of hope. . . . A jaw-dropping final twist gives way to a surprising, satisfying conclusion to this tense, clever thriller." --Publishers Weekly, Starred Review "With flashbacks that slowly reveal the terrible secret of Scarlett's escape and Pixie's fate, this psychological thriller evokes well-paced fear." --Kirkus Reviews   "This layered, satisfying read brims with spine-tingling psychological suspense." --Booklist "Don't start the last fifty pages without time to finish this absorbing thriller." --The Bulletin