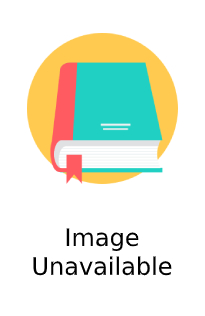 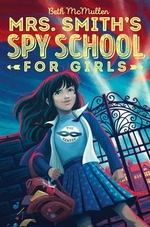 A girl discovers her boarding school is actually an elite spy-training program, and she must learn the skills of the trade in order to find her mother... [Read More]

A girl discovers her boarding school is actually an elite spy-training program, and she must learn the skills of the trade in order to find her mother in this action-packed middle grade debut that’s perfect for fans of Stu Gibbs. After a botched escape plan from her boarding school, Abigail is stunned to discover the school is actually a cover for an elite spy ring called The Center, along with being training grounds for future spies. Even more shocking? Abigail’s mother is a top agent for The Center and she has gone MIA, with valuable information that many people would like to have—at any cost. Along with a former nemesis and charming boy from her grade, Abigail goes through a crash course in Spy Training 101, often with hilarious—and sometimes painful—results. But Abigail realizes she might be a better spy-in-training than she thought—and the answers to her mother’s whereabouts are a lot closer than she thinks… 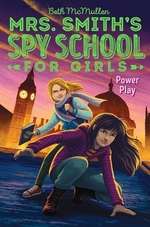 Abby and the rest of her friends go international as they embark on their first “official” Center mission in this second book in the Mrs. ... [Read More]

Abby and the rest of her friends go international as they embark on their first “official” Center mission in this second book in the Mrs. Smith’s Spy School for Girls series. After discovering the truth about her spy school/boarding school—and her super-spy mom—Abby Hunter is ready for her next adventure, but what’s about to happen is something she never would have guessed… Everyone at The Smith School is obsessed with Monster Mayhem, the latest reality video game craze. But when Drexel Caine, the mastermind behind the game, is suddenly kidnapped, it becomes clear that the kidnappers are playing for more than just special badges. After Drexel’s son—who is Abby’s friend, Toby—receives a cryptic message, Abby and her friends discover the kidnapping is part of a bigger scheme that could take down The Center for good. With the help of Abby’s frenemy (and reluctant mentor), Veronica Brooks, the group tackles their first official Center Mission. They tangle with the world’s most notorious hacker, get in trouble for the possible theft of the Mona Lisa, and prepare for the ultimate showdown in London. But not before they have to contend with one more hurdle: the agonizing Smith School Spring Formal. Along the way, they discover they are much stronger as a team than they can ever be alone. And with a little luck, they might just save the world. 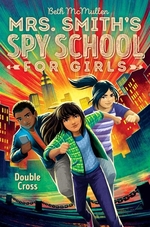 Shannon Hale’s Princess Academy meets Stu Gibbs’s Spy School series in the third book in the Mrs. Smith’s Spy School for Girls series. Abby and her classmates have all been invited to Briar Academy to participate in The Challenge, a prep school competition where teams compete for prizes and the glory of being the best of the best. While there, they figure out their nemesis, The Ghost, is using Briar as headquarters to plan a devastating attack on his enemies (a.k.a. pretty much everyone) using a brand-new invention Toby developed. And this time, The Center and Mrs. Smith will be of no help as Abby suspects there is someone working for The Ghost on the inside—and they can trust no one.