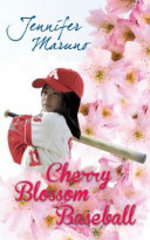 After her family is forced to move by Canada’s racist wartime policies, Michiko is the only Japanese kid at school. One nice thing is that she&r... [Read More]

After her family is forced to move by Canada’s racist wartime policies, Michiko is the only Japanese kid at school. One nice thing is that she’s a hit at the local baseball tryouts. There’s just one problem: everyone thinks she’s a boy. What is she to do when they find her out — do as she’s told and quit, or pitch like never before? 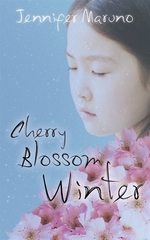 After being outcast to a small community, 10-year-old Michiko's life gets better when a former baseball star becomes her teacher. Second book in the C... [Read More]

After being outcast to a small community, 10-year-old Michiko's life gets better when a former baseball star becomes her teacher. Second book in the Cherry Blossom Books series. Ten-year-old Michiko wants to be proud of her Japanese heritage but can't be. After the bombing of Pearl Harbor, her family's possessions are confiscated and they are forced into deprivation in a small, insular community. The men are sent to work on the railway, so the women and children are left to make the trip on their own. After a former Asahi baseball star becomes her new teacher, life gets better. Baseball fever hits town, and when Michiko challenges the adults to a game with her class, the whole town turns out. Then the government announces that they must move once again. But they can't think of relocating with a new baby coming, even with the offer of free passage to Japan. Michiko pretends to be her mother and writes to get a job for her father on a farm in Ontario. When he is accepted, they again pack their belongings and head to a new life in Ontario. 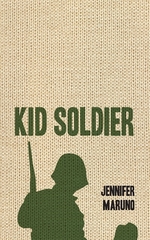 2015 Rocky Mountain Book Award - Shortlisted A boy is thrown into the middle of history's biggest war. Fatherless and penniless, fifteen-year-old Richard Fuller wants a bike, so Mr. Black, the baker hires him to help with deliveries. Mr. Black entertains him with army stories and teaches him Morse code. He invites Richard to attend the opening ceremonies of the local 1939 military camp. Infatuated with army life, Richard takes part in Army training camp under an assumed name. When war looms, he makes the most impulsive decision in his life and enlists. He travels to England, witnesses the terror of the Battle of Britain, the horrible death of a German pilot, is caught in the London Blitzkrieg, and is wounded himself. When his true age is discovered, Richard faces a possible court-martial. Will Richard's desire for adventure lead to disaster so early in his life? 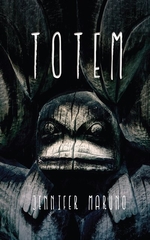 Jonny must travel to the distant past to understand the present. As an orphaned white boy in a school full of Native students, fourteen-year-old ... [Read More]

Jonny must travel to the distant past to understand the present. As an orphaned white boy in a school full of Native students, fourteen-year-old Jonny Joe isn't like any of the others at the island Redemption Residential School off the west coast. When the advances of Father Gregory disturb Jonny, he joins another boy in an escape to a mountain cave. But when they leave the cave, the world as they knew it no longer exists. The boys travel to a native village in a sheltered bay, where Jonny becomes skilled in the art of carving. When a steamship enters the cove, the party of sightseers brings a disease that annihilates most of the people in the village. Meanwhile, Jonny has learned the secret of his past and when he returns to the present, Jonny carves a totem pole to honour the members of the village. 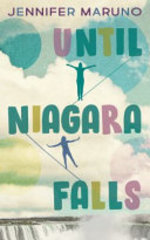 Is friendship supposed to feel like walking over the falls? Brenda is afraid of heights, being in the dark, and dog poop. Then she meets daring, rule-... [Read More]

Is friendship supposed to feel like walking over the falls? Brenda is afraid of heights, being in the dark, and dog poop. Then she meets daring, rule-breaking Maureen and realizes their friendship is a bit like walking a tightrope — exciting but dangerous. Maureen encourages Brenda to use fire escapes, sleep outside in a tent, and walk through strange backyards. Their friendship strains when Maureen makes fun of Harvey, Brenda's special needs neighbour. It strains even further when Maureen borrows Gran's bracelet and lies about returning it. Suddenly, Brenda realizes she has to be as brave as The Great Blondin, the man who walked across the falls, to get it back. 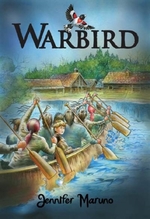 Etienne is called on an adventure in the new world. In 1647, ten-year-old Etienne yearns for a life of adventure far from his family farm in Quebec. H... [Read More]

Etienne is called on an adventure in the new world. In 1647, ten-year-old Etienne yearns for a life of adventure far from his family farm in Quebec. He meets an orphan destined to apprentice among the Jesuits at Fort Sainte-Marie. Making the most impulsive decision of his life, Etienne replaces the orphan and paddles off with the voyageurs into the north country. At Sainte-Marie, Etienne must learn to live a life of piety. Meanwhile, he also makes friends with a Huron youth, Tsiko, who teaches him the ways of his people. When the Iroquois attack and destroy the nearby village, Etienne must put his new skills into practice. Will he survive? Will he ever see his family again? 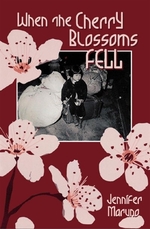 WHEN THE CHERRY BLOSSOMS FELL
By: jennifer maruno | Published: April 2009

Short-listed for the 2012 Pacific Northwest Young Readers Choice Award and for the 2011 Hackmatack Children's Choice Award Nine-year-old Michiko Minagawa bids her father good-bye before her birthday celebration. She doesn't know the government has ordered all Japanese-born men out of the province. Ten days later, her family joins hundreds of Japanese-Canadians on a train to the interior of British Columbia. Even though her aunt Sadie jokes about it, they have truly reached the "Land of No". There are no paved roads, no streetlights and not streetcars. The house in which they are to live is dirty and drafty. At school Michiko learns the truth of her situation. She must face local prejudice, the worst winter in forty years and her first Christmas without her father.