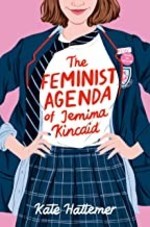 Jemima Kincaid is a feminist, and she thinks you should be one, too. Her private school is laden with problematic traditions, but the worst of all is ... [Read More]

Jemima Kincaid is a feminist, and she thinks you should be one, too. Her private school is laden with problematic traditions, but the worst of all is prom. The guys have all the agency; the girls have to wait around for "promposals" (she's speaking heteronormatively because only the hetero kids even go). In Jemima's (very opinionated) opinion, it's positively medieval. Then Jemima is named to Senior Triumvirate, alongside superstar athlete Andy and popular, manicured Gennifer, and the three must organize prom. Inspired by her feminist ideals and her desire to make a mark on the school, Jemima proposes a new structure. They'll do a Last Chance Dance: every student privately submits a list of crushes to a website that pairs them with any mutual matches. Meanwhile, Jemima finds herself embroiled in a secret romance that she craves and hates all at once. Her best friend, Jiyoon, has found romance of her own, but Jemima starts to suspect something else has caused the sudden rift between them. And is the new prom system really enough to extinguish the school's raging dumpster fire of toxic masculinity? Filled with Kate Hattemer's signature banter, this is a fast-paced and thoughtful tale about the nostalgia of senior year, the muddle of modern relationships, and how to fight the patriarchy when you just might be part of the patriarchy yourself. 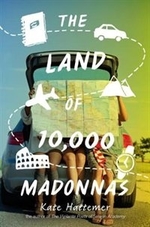 Five teens backpack through Europe to fulfill the mysterious dying wish of their friend in this heartwarming novel from the author of The Vigilante Po... [Read More]

Five teens backpack through Europe to fulfill the mysterious dying wish of their friend in this heartwarming novel from the author of The Vigilante Poets of Selwyn Academy.   Jesse lives with his history professor dad in a house covered with postcards of images of the Madonna from all over the world. They’re gotten used to this life: two motherless dudes living among thousands of Madonnas. But Jesse has a heart condition that will ultimately cut his life tragically short. Before he dies, he arranges a mysterious trip to Europe for his three cousins, his best friend, and his girlfriend to take after he passes away. It’s a trip that will forever change the lives of these young teens and one that will help them come to terms with Jesse’s death.   With vivid writing, poignant themes, and abundant doses of humor throughout, Kate Hattemer’s second novel is a satisfying journey about looking for someone else’s answers only to find yourself. 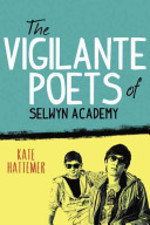 "When a sleazy reality television show takes over Ethan's arts academy, he and his friends concoct an artsy plan to take it down"--