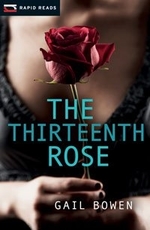 For his Valentine's night call-in show, host Charlie D plans to offer his listeners two hours on the topic of "satisfaction." His... [Read More]

For his Valentine's night call-in show, host Charlie D plans to offer his listeners two hours on the topic of "satisfaction." His in-studio guest is twenty-five-year-old Misty de Vol Burgh, formerly the highest-paid escort in the city but now happily married to eighty-three-year-old billionaire Henry Burgh. It's all good fun until Charlie receives a chilling message: "It's take-out-the-garbage night. Time to kill all the hookers and wash the streets with blood." When Charlie is directed to a website that allows viewers to watch the murder of a prostitute in real time and promises that another killing will be broadcast live within the hour, the hunt is on. But The World According to Charlie D. has an audience of over a million listeners. The murderer could be anyone, anywhere. Charlie and his team have less than two hours to find and stop the killer.

DARKNESS OF THE HEART
By: gail bowen | Published: August 2018

The 18th installment of the bestselling Joanne Kilbourn series from the "queen of Canadian crime fiction" (Winnipeg Free... [Read More]

The 18th installment of the bestselling Joanne Kilbourn series from the "queen of Canadian crime fiction" (Winnipeg Free Press). When, at the age of sixty, Joanne learns that Douglas Ellard, the reserved general practitioner whom she had grown up believing to be her father was, in fact, the best friend of her biological father, the brilliant visual artist Desmond Love, she begins to question not just who she is but what factors play a role in shaping all of us and in making us who we really are. Joanne is offered the chance to revisit her family history, when writer Roy Brodnitz, author of The Happiest Girl, a Broadway mega-hit inspired by a Desmond Love painting, approaches her with the idea of making a mini-series about the close relationship between the Ellard and Love families. Brodnitz is in town working on the film adaptation of his Broadway hit, and he and his film company soon become a significant presence in the life of Joanne's family, with results that are both life-changing and menacing. When Joanne and Zack's eighteen-year-old daughter, Taylor Shreve, develops a close friendship with the seventeen-year-old actress starring in the movie, the Shreve family is exposed to the dark side of the film industry and they uncover disturbing truths about the handsome and talented people they have invited into their lives. A Darkness of the Heart explores the ways in which clear vision, generosity of spirit, and a willingness to love can combat the forces in our world that seek to encroach upon innocence. Once again, Gail Bowen's powerful storytelling, engaging characters, and page-turning plot reaffirm her place as one of the finest mystery writers around. 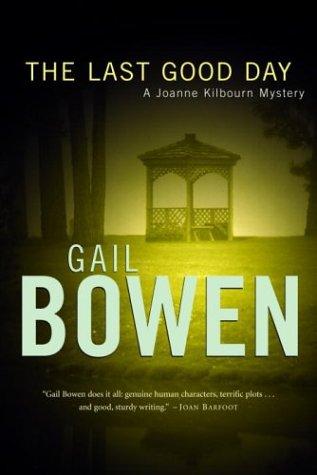 When he learns that some of his loyal listeners are being killed, Charlie D., host of a late-night radio call-in show, tries to discover which... [Read More]

When he learns that some of his loyal listeners are being killed, Charlie D., host of a late-night radio call-in show, tries to discover which listener is the killer. 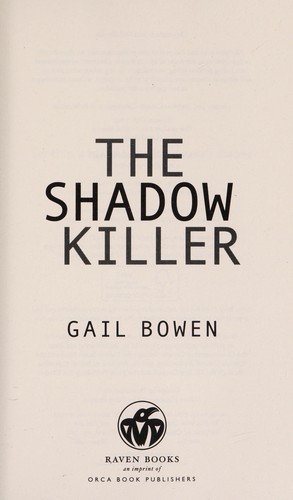 "It's Father's Day weekend, and it looks like some of the well-intentioned wisdom that Charlie D dispenses on his late-night radio call-in show might... [Read More]

"It's Father's Day weekend, and it looks like some of the well-intentioned wisdom that Charlie D dispenses on his late-night radio call-in show might blow up in his face. One young listener seems intent on killing his father and the rest of his family. Unfortunately, no one knows where he is. Time is running out, until Charlie's own long-estranged father enters the picture."--P. [4] of cover.

TO GUARD AGAINST THE DARK
By: gail bowen | Published: October 2017

Book 17 of the nationally bestselling Joanne Kilbourn series is classic Gail Bowen: masterfully compelling storytelling that combines a modern, urban family with a gripping, satisfying mystery. As Joanne Kilbourn-Shreve, her husband, Zack, and their soon-to-be seventeen-year-old daughter, Taylor, rush through the rain from their cottage to their car, the Thanksgiving weekend they just spent at the lake with Zack's law partners is already slipping away, burnished into memory as pleasantly as the hundreds of other weekends the Falconer-Shreve families have shared at Lawyers' Bay. Thoughts of the weekend past will now focus on the future and be prefaced by the words "next time." Within weeks, a triple homicide will rip apart the lives of those related to the lawyers who, at the end of their first year in law school, only half-jokingly styled themselves "The Winners' Circle." Dazed by grief, Joanne will seek answers to an impossible question: "Why did they die?" The facts behind the suicide of Christopher Altieri, known by his law partners as "the conscience of The Winners' Circle," appear to provide insights, but for Joanne those insights raise new, unsettling questions. Knitting this powerful narrative together is Joanne's unshakeable belief that the only thing worse than knowing is not knowing.