Below is a list of 6 the books by this author. 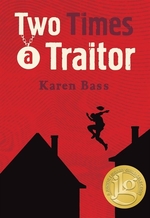 A fast-paced middle-grade offering from internationally acclaimed author Karen Bass Reluctantly touring Halifax with his family, twelve-year-old Laz Berenger accidentally stumbles through a time tunnel to a 1745 war zone. Caught by English sailors from the American colonies, his only hope for freedom is to spy for them in the French fortification at Louisbourg. But he finds himself torn in three directions when the commander at Louisbourg becomes closer to him than his own father. Angry over his family’s recent move and current enforced holiday in Halifax, twelve-year-old Laz Berenger rebels against a guided tour of the Citadel and sets out to explore on his own. In one dark tunnel, his St. Christopher medal burns suddenly hot. There’s a strange smell, and Laz blacks out. When he wakes up, everything happens at once. A sword is put to his throat. Men who look like extras from Pirates of the Caribbean hand him over to a ship’s captain who strips him and takes his medal. He is declared a French spy. Laz realizes, to his horror, that it is 1745 and he is trapped in time. These English colonists, still loyal to King George, are at war with the French. To earn his freedom, Laz must promise to spy on the French at the fortification of Louisbourg. But once in Louisbourg, Laz earns a job as runner to the kind Commander Morpain and learns to love both the man and the town. How will Laz find a way to betray the inhabitants of Louisbourg? How else can he hope to earn back his St. Christopher medal, which is surely his key to returning to his own time? The award-winning author of The Hill and Graffiti Knight has written an enthralling, swash-buckling time-slip adventure for middle-grade readers centered on a fascinating period in North American history. 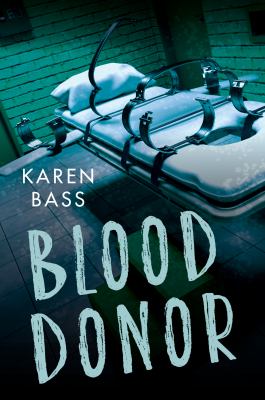 Seventeen-year-old Jo McNair is one minute late for her curfew, and thanks to her controlling father, she's now locked out, cold and wandering the... [Read More]

Seventeen-year-old Jo McNair is one minute late for her curfew, and thanks to her controlling father, she's now locked out, cold and wandering the streets. She has no money and nowhere to sleep. Halfway through the night she meets someone who says they're with a group working with at-risk kids, helping them get back on their feet. Jo gratefully accepts the offer of shelter for the night, only to find she has walked into a kidnapper's trap. Now Jo and several other teens are being held prisoner. Their captors drug them regularly and force them to donate their blood. What is so special about the teens' blood? And how long before they're drained dry? When one of the teens doesn't return, Jo suspects their days are numbered. She has to find a way to escape before their time runs out. 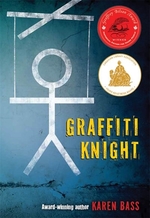 After a childhood cut short by war and the harsh strictures of Nazi Germany, sixteen-year-old Wilm is finally tasting freedom. In spite of the scars... [Read More]

After a childhood cut short by war and the harsh strictures of Nazi Germany, sixteen-year-old Wilm is finally tasting freedom. In spite of the scars World War II has left on his hometown, Leipzig, and in spite of the oppressive new Soviet regime, Wilm is finding his own voice. It's dangerous, of course, to be sneaking out at night to leave messages on police buildings. But it's exciting, too, and Wilm feels justified, considering his family's suffering. Until one mission goes too far, and Wilm finds he's endangered the very people he most wants to protect. Award-winning author Karen Bass brings readers a fast-paced story about a boy fighting for self-expression in an era of censorship and struggle. 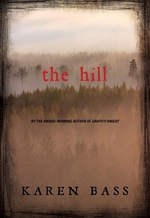 Jared’s plane has crashed in the Alberta wilderness, and Kyle is first on the scene. When Jared insists on hiking up the highest hill in search... [Read More]

Jared’s plane has crashed in the Alberta wilderness, and Kyle is first on the scene. When Jared insists on hiking up the highest hill in search of cell phone reception, Kyle hesitates; his Cree grandmother has always forbidden him to go near it. There’s no stopping Jared, though, so Kyle reluctantly follows. After a night spent on the hilltop—with no cell service—the teens discover something odd: the plane has disappeared. Nothing in the forest surrounding them seems right. In fact, things seem very wrong. And worst of all, something is hunting them. Karen Bass, the multi-award-winning author of Graffiti Knight and Uncertain Soldier, brings her signature action packed style to a chilling new subject: the Cree Wîhtiko legend. Inspired by the real story of a remote plane crash and by the legends of her Cree friends and neighbours, Karen brings eerie life—or perhaps something other than life—to the northern Alberta landscape in The Hill. 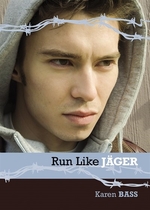 Kurt's opa--or grandfather--has never been willing to talk about his time as a German soldier and Kurt has a deep feeling of anxiety about what he... [Read More]

Kurt's opa--or grandfather--has never been willing to talk about his time as a German soldier and Kurt has a deep feeling of anxiety about what he might have done during the war. He thinks of films he's seen, like Schindler's List, and hopes his grandfather couldn't have been involved in atrocities. Spending a year in Germany seems like a good chance to find out more, or at least to improve his German. One day he visits the graveyard in the town he's living in (just outside Berlin) and an old man speaks to him, calling him by his grandfather's name, which was also Kurt Schreiber. In time Kurt gets to know this man, who is the only one who can tell him all about his grandfather's time in the war--because he was there. Kurt learns about his grandfather's childhood in the Hitler Youth and his time in the German army on the Eastern Front. Herr Brandt doesn't try to minimize the horror of those times or to absolve himself of responsibility as a soldier, but through his story, Kurt comes to understand how as children and later as young men the two were drawn into participation in a war based on lies. This wonderfully written and carefully researched novel tells a story that illuminates history and fills in the texture and complexity that lie behind the bare facts. 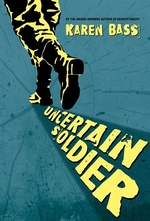 Seventeen-year-old Erich is a prisoner of war working at a northern Alberta logging camp. Twelve-year-old Max goes to... [Read More]

Seventeen-year-old Erich is a prisoner of war working at a northern Alberta logging camp. Twelve-year-old Max goes to school—reluctantly—in the nearby town. The two would be unlikely friends, except that neither has anyone else to turn to. At the height of World War II, nobody wants to befriend a German. It doesn’t matter that Erich was forced into the military by his father, or that Max was proudly born in Canada. They are both easy targets for the locals’ grief and anger against the Nazis. The other prisoners are no more welcoming, distrustful of Erich’s perfect English and his dislike for Nazism. Still, when a series of accidents shake the logging camp, they pressure Erich to question the Canadians and find the saboteur—even if his questions get him into trouble. Caught between angry prisoners and suspicious captors, Erich is afraid to take any action at all. It is only when Max’s schoolyard tormentors cross a dangerous line that Erich realizes that his real loyalties lie not with a regime or a country, but with his friend.