Your search returned 4 results in the Theme: exploration. 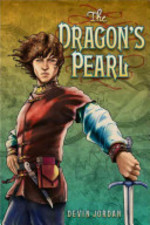 At sixteen, Marco Polo yearns for adventure. He wants to follow in the footsteps of his father, a famous explorer, but instead he is in training to... [Read More]

At sixteen, Marco Polo yearns for adventure. He wants to follow in the footsteps of his father, a famous explorer, but instead he is in training to become the head accountant for the Polo family fortune. When his father vanishes while on a dangerous mission to the Unknown Lands, Marco knows that it's up to him to bring him home. He sets out on a rescue mission with his best friend Amelio, but before long Marco will realize that his mission is far larger and more pressing than he thought: the fate of the whole world may turn on the outcome of his journey. This thrilling untold story of Marco Polo's first adventure is packed with Asian magic, swashbuckling swordfights, overwhelming odds, and the ultimate battle between good and evil. 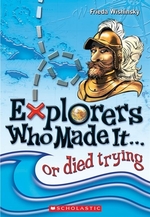 EXPLORERS WHO MADE IT OR DIED TRYING
By: frieda wishinsky | Published: October 2011

Discover why each of these 12 intrepid explorers risked everything to conquer the great unknown. Explorers have transformed the world with their... [Read More]

Discover why each of these 12 intrepid explorers risked everything to conquer the great unknown. Explorers have transformed the world with their curiosity. But with great knowledge comes great responsibility, and thriving on adventure has often lead to great danger. The explorers profiled here will give younger readers a fascinating survey of the history of this most dramatic of pastimes. The themes that are explored are: what motivated these explorers? What were they looking for, and what did they actually find? How did their journeys change their lives and the lives of the people they met? The explorers included are: Samuel de Champlain Marco Polo Henry Hudson Christopher Columbus James Cook Hernán Cortés Lewis and Clark John Franklin Erik the Red and Leif Eriksson Roald Amundsen

This stunning picture book offers a riveting account of African-American explorer Matthew Henson’s 1909 journey to the North Pole with Admiral Peary. Matthew Henson was born just after the Civil War, a time when slavery had been abolished, but few opportunities were available for black people. As a child, Henson exhibited a yearning for adventure, embarking at age thirteen on a five-year voyage sailing the seven seas. Henson’s greatest adventure began when Robert Peary invited him to join an expedition to the North Pole. After many storms, injuries, and unimaginable cold, on April 1, Peary, Henson, and four Inuit men began the final 133-mile push to the Pole. Award-winning author Deborah Hopkinson pays tribute to a great but under-recognized figure from America’s past in this remarkable story. Illustrator Stephen Alcorn’s large-format, stylized ink-and-watercolor illustrations capture all the action. Excerpts from Henson’s expedition diaries, a time line, and an epilogue place the story in its historical context. From the Back Cover: Rich's Department Store, founded in 1867, became a legend by practicing the philosophy that the customer is always right. The Atlanta store became family to thousands of Southerners, and contines its century-long tradition of dedicated service to its customers and the community. "About this title" may belong to another edition of this title.

MY ENCY OF VERY IMPORTANT ADVENTURES
By: dk | Published: September 2020

An exciting introduction to the awesome adventures of the eager explorers, dynamic daredevils, imaginative inventors, and other pioneers who shaped... [Read More]

An exciting introduction to the awesome adventures of the eager explorers, dynamic daredevils, imaginative inventors, and other pioneers who shaped the world. Take a dive into the great unknown and go on a daring journey across land, sea and sky - exploring everywhere from the highest mountains to the deepest ocean. In addition, visit the workshops, labs, and studios of history's most important minds and meet inventors, explorers, pirates, daredevils, and more. Read about the pioneers who dared to go where nobody had been before, archaeologists who made startling discoveries, and all of the exciting adventures they had along the way. Packed with fun facts and colourful illustrations My Encyclopedia of Very Important Adventures that will feed your imagination and quench your thirst for knowledge.