Your search returned 207 results in the Theme: family relationships.

And Tango Makes Three is the bestselling, heartwarming true story of two penguins who create a nontraditional family. At the penguin house at the... [Read More]

And Tango Makes Three is the bestselling, heartwarming true story of two penguins who create a nontraditional family. At the penguin house at the Central Park Zoo, two penguins named Roy and Silo were a little bit different from the others. But their desire for a family was the same. And with the help of a kindly zookeeper, Roy and Silo get the chance to welcome a baby penguin of their very own. Selected as an ALA Notable Children’s Book Nominee and a Lambda Literary Award Finalist, “this joyful story about the meaning of family is a must for any library” (School Library Journal, starred review).

Just how many things can "one" be? One box of crayons. One batch of cookies. One world. One family. From veteran picture book... [Read More]

Just how many things can "one" be? One box of crayons. One batch of cookies. One world. One family. From veteran picture book author George Shannon and up-and-coming artist Blanca Gomez comes a playful, interactive book that shows how a family can be big or small and comprised of people of a range of genders and races. 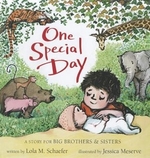 Does having a new brother or sister make you into MORE than you already are? Spencer is about to find out. He's as strong as a bear, as funny... [Read More]

Does having a new brother or sister make you into MORE than you already are? Spencer is about to find out. He's as strong as a bear, as funny as a monkey, and as wild as a tiger. But on one special day, everything changes. Now Spencer is strong, funny, wild, brave, free... and gentle, too. 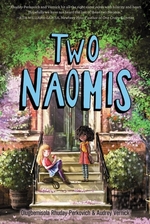 A realistic contemporary story of two girls whose divorced parents begin to date—perfect for fans of Lisa Graff, Sara Pennypacker, and Rita Williams-Garcia. Other than their first names, Naomi Marie and Naomi Edith are sure they have nothing in common, and they wouldn’t mind keeping it that way. Naomi Marie starts clubs at the library and adores being a big sister. Naomi Edith loves quiet Saturdays and hanging with her best friend in her backyard. And while Naomi Marie’s father lives a few blocks away, Naomi Edith wonders how she’s supposed to get through each day a whole country apart from her mother. When Naomi Marie’s mom and Naomi Edith’s dad get serious about dating, each girl tries to cling to the life she knows and loves. Then their parents push them into attending a class together, where they might just have to find a way to work with each other—and maybe even join forces to find new ways to define family. 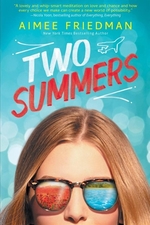 From NYT bestselling author Aimee Friedman comes an inventive novel about fate, family secrets, and new love, told in split narrative. In this absorbing new novel, Summer makes a choice that changes the whole course of the season ahead of her. When her story divides, Summer finds herself alternately face to face with a longtime crush and worlds away. She is both living amid secrets and kept from them. But what matters more - the choices she makes or the experiences that shape her? Set in both the south of France and stateside, the twisting, atmospheric Two Summers explores questions of fate, self-determination, and whether or not the journey matters more than the destination. 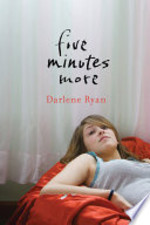 D'Arcy must cope with the death of her father and the fact that he committed suicide. 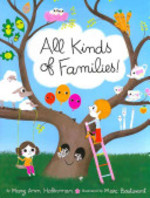 ALL KINDS OF FAMILIES
By: maryann hoberman | Published: August 2009

With irresistible, rollicking rhyme, beloved picture book author Mary Ann Hoberman shows readers that families, large and small, are all around us. From celery stalks to bottle caps, buttons, and rings, the objects we group together form families, just like the ones we are a part of. And, as we grow up, our families grow, too. Mary Ann Hoberman gives readers a sense of belonging in this all-inclusive celebration of families and our role in them. 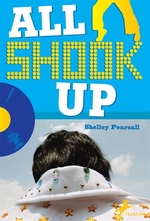 ALL SHOOK UP
By: shelley pearsall | Published: October 2009

The King of Rock ’n’ Roll lives! And he’s Josh’s dad. When 13-year-old Josh finds out that he has to stay with his dad in Chicago for a few months, he’s not too thrilled. But when he arrives at the airport, he’s simply devastated. His father—who used to be a scatterbrained but pretty normal shoe salesman—has become . . . Elvis. Well, a sideburnwearing, hip-twisting, utterly-embarrassing Elvis impersonator. Josh is determined to keep his dad’s identity a secret, but on his very first day at his new school, a note appears on his locker. It’s signed Elvisly Yours, and instead of a name, a sneering purple smiley face. The secret is out, and when his dad is invited to perform at a special 50s concert at his school, Josh is forced to take drastic action. From award-winning author Shelley Pearsall comes a hilarious novel about discovering the important (and sometimes painful) difference between who you want to be—and who you really are. “Alternately wry, silly, thoughtful and laugh-out-loud funny.”—BookPage

A young girl searches for pumpkins on her farm in this joyful celebration of cool-weather fruits and vegetables. Little gardeners will compare,... [Read More]

A young girl searches for pumpkins on her farm in this joyful celebration of cool-weather fruits and vegetables. Little gardeners will compare, contrast, and hunt for visual clues that eventually lead to the pumpkins and a fun potluck with Amara, her grandparents, and her diverse group of friends. Perfect for early childhood and elementary education units on agriculture, farming, gardening, and healthy eating.

Anna Hibiscus, who lives in Africa with her whole family, loves to splash in the sea and have parties for her aunties, but she'd love to see snow.

From acclaimed Nigerian storyteller Atinuke, the first in a series of chapter books set in contemporary West Africa introduces a little girl who has... [Read More]

From acclaimed Nigerian storyteller Atinuke, the first in a series of chapter books set in contemporary West Africa introduces a little girl who has enchanted young readers. Anna Hibiscus lives in Africa, amazing Africa, with her mother and father, her twin baby brothers (Double and Trouble), and lots of extended family in a big white house with a beautiful garden in a compound in a city. Anna is never lonely--there are always cousins to play and fight with, aunties and uncles laughing and shouting, and parents and grandparents close by. Readers will happily follow as she goes on a seaside vacation, helps plan a party for Auntie Comfort from Canada (will she remember her Nigerian ways?), learns firsthand what it's really like to be a child selling oranges outside the gate, and longs to see sweet snow. Nigerian storyteller Atinuke's debut book for children and its sequels, with their charming (and abundant) gray-scale drawings by Lauren Tobia, are newly published in the US by Candlewick Press, joining other celebrated Atinuke stories in captivating young readers. 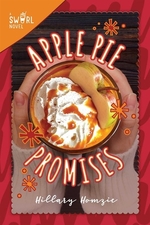 Lily has lived with her mom since her parents got divorced several years ago, and her dad has recently remarried to a woman with a daughter her age... [Read More]

Lily has lived with her mom since her parents got divorced several years ago, and her dad has recently remarried to a woman with a daughter her age named Hannah. But now, Lily's mom has gotten a once-in-a-lifetime work opportunity in Africa and she'll be gone for a year, so Lily is moving in with her dad—and new stepmom and new stepsister. It'll be as easy as apple pie, right? Wrong. Lily promises her dad that she'll try to get along with everyone, but she is not happy about it. Her stepmom is nice, but she's no replacement for her real mom, and Lily feels like she barely gets any one-on-one time with her dad anymore. The real problem, though, is Hannah. What starts out as tension between the new stepsisters becomes a full-on war, both at home and at school. Harmless pranks turn into total sabotage. Can Lily survive the year—or is her family fractured beyond repair?

In the middle of the 1960s counterculture movement in the US, Ada--a lonesome teen forced by impending civil war to flee her native West African... [Read More]

In the middle of the 1960s counterculture movement in the US, Ada--a lonesome teen forced by impending civil war to flee her native West African birthplace with her mother--discovers an ability to connect with nature spirits as she joins other nonconformist youth to become an activist for her homeland, then discovers family secrets that impact her destiny forever. In the 1960s, Nabuka, a fictional Afrikan country is on the fringe of a civil war. The counterculture movement is gaining momentum in the United States, and teenage Ada has just relocated from sweltering Nabuka to the fictional small town of Greensberg, Pennsylvania with her elitist and overbearing mother. Ada is somewhat lonesome, but she has an uncanny ability to connect with nature spirits. Then comes Stacey, a boisterous hippie who ignites Ada's rebellious side, and Sal, a philosophical wanderlust who challenges Ada to share her inner world and surrender her heart. Will trauma and distance get in the way of their love? After the war, Ada drops out of college and returns to Nabuka to find answers about the identity of her birth father. While there, she discovers crippling secrets about her lineage and falls for Obinna, a charismatic Harvard educated man who has just built a counseling center for former child soldiers. But when Sal, now a Sociologist, ends up in Nabuka on a work assignment, and Obinna is arrested for treason, Ada is left to forge a new path that will impact her destiny forever. 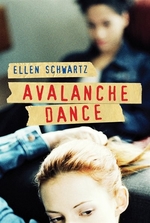 Gwen lives for dancing. When she has the chance to take an intensive - and expensive - course far from home, she knows her parents will object. She... [Read More]

Gwen lives for dancing. When she has the chance to take an intensive - and expensive - course far from home, she knows her parents will object. She also knows that she can usually convince her father to support her. She raises the subject when they're together skiing, but the discussion turns into an angry confrontation that is cut short by a sudden dreadful avalanche that almost kills her dad. The avalanche leaves terrible damage in its wake. Gwen is left wracked with guilt and injuries that may end her career as a dancer. Her life is complicated by her best friend, Molly. Molly has her own demons, and may either be a danger to Gwen or part of her salvation. Gwen must find a way to make peace with Molly, with her family, and with her own conscience if she is ever again going to experience the freedom that dancing brought her. 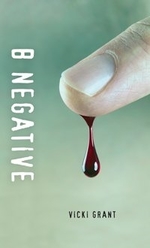 Paddy loves his family, all except for his annoying stepfather Anthony. When they have a discussion about his future, Paddy overreacts and threatens... [Read More]

Paddy loves his family, all except for his annoying stepfather Anthony. When they have a discussion about his future, Paddy overreacts and threatens to join the army. Unable to back down, he finds he is alienating everyone around him. And when he takes the physical exam and learns his blood type, his world starts to crumble and he starts to question everything he thought he knew.