Your search returned 11 results in the Theme: autism.

A heartfelt novel about a neurodivergent thirteen-year-old navigating changing friendships, a school trip, and expanding horizons. Thirteen-year-old Ellen Katz feels most comfortable when her life is well planned out and people fit neatly into her predefined categories. Making new friends and letting go of old ones is never easy, but Ellen might just find a comfortable new place for herself if she can learn to embrace the fact that life doesn't always stick to a planned itinerary.

From acclaimed Autistic Irish comedian Aoife Dooley comes a fresh and funny debut middle-grade graphic novel about fitting in and standing out. Frankie is different from everyone in her class, and she can't figure out why. She has trouble concentrating, and her classmates tease her for not having a dad at home. To try to make sense of the world, Frankie doodles her daily adventures in a journal. One day, when Frankie sneaks into her mom's room and sees her biological father's name on her birth certificate, she decides to go on a mission to track him down. Could Frankie's father be the key to finding out why Frankie feels so adrift? A unique story told with a light touch and an abundance of warmth and wit, Frankie's World is laugh-out-loud funny and a love letter to daring to be different.

A extraordinary novel-in-verse for fans of Starfish and A Kind of Spark about a neurodivergent girl who comes to understand and celebrate her... [Read More]

A extraordinary novel-in-verse for fans of Starfish and A Kind of Spark about a neurodivergent girl who comes to understand and celebrate her difference. Selah knows her rules for being normal. She always, always sticks to them. This means keeping her feelings locked tightly inside, despite the way they build up inside her as each school day goes on, so that she has to run to the bathroom and hide in the stall until she can calm down. So that she has to tear off her normal-person mask the second she gets home from school, and listen to her favorite pop song on repeat, trying to recharge. Selah feels like a dragon stuck in a world of humans, but she knows how to hide it. Until the day she explodes and hits a fellow student. Selah's friends pull away from her, her school threatens expulsion, and her comfortable, familiar world starts to crumble. But as Selah starts to figure out more about who she is, she comes to understand that different doesn't mean damaged. Can she get her school to understand that, too, before it's too late? This is a moving and unputdownable story about learning to celebrate the things that make us different. Selah's Guide to Normal is the perfect next read for fans of Counting by 7s or Jasmine Warga.

Henry, a first grader on the autism spectrum, attempts to navigate friendships, and sudden changes in classroom routines--like a parade on Friday... [Read More]

Henry, a first grader on the autism spectrum, attempts to navigate friendships, and sudden changes in classroom routines--like a parade on Friday instead of share time.

IZZY AT THE END OF THE WORLD
By: ka reynolds | Published: February 2023

The Last Kids on Earth meets Margaret Peterson Haddix in this middle grade adventure about fourteen-year-old Izzy, an autistic girl surviving the end of the world who must team up with her loveable dog to uncover the hidden truth behind her family and the rest of humanity's disappearance. Ever since Izzy Wilder's mom died, she's wanted life to feel normal. She plays video games with her little sister, helps her grandparents around the house, and takes care of her best dog, Akka. But losing her mom is far from normal, and for Izzy, who is autistic, it feels like the end of the world. When mysterious lights flash across the mountains outside Izzy's house one night, and suddenly everyone except her and Akka seem to have disappeared in an instant, Izzy is more alone than ever. But Izzy is a fighter and she won't lose anyone else in her family, even if it means battling terrifying gray, ugly monsters and decoding cryptic messages that seem a lot like her mom talking to her from beyond the grave. In the face of disaster, Izzy and Akka embark on an epic adventure filled with nail-biting suspense, unexpected allies, and life's greatest mysteries as they uncover the true endurance of the human spirit and save the world.

Ever since Ms. Murphy told us about the witch trials that happened centuries ago right here in Juniper, I can't stop thinking about them. Those... [Read More]

Ever since Ms. Murphy told us about the witch trials that happened centuries ago right here in Juniper, I can't stop thinking about them. Those people weren't magic. They were like me. Different like me. I'm autistic. I see things that others do not. I hear sounds that they can ignore. And sometimes I feel things all at once. I think about the witches, with no one to speak for them. Not everyone in our small town understands. But if I keep trying, maybe someone will. I won't let the witches be forgotten. Because there is more to their story. Just like there is more to mine. 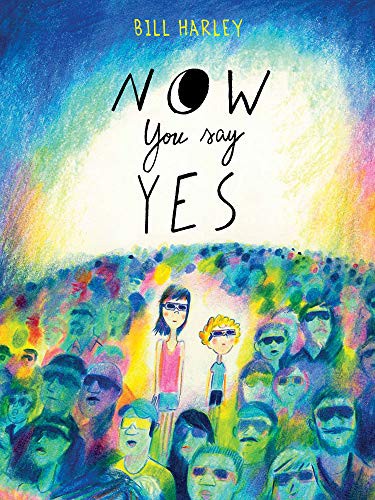 When her mother dies, fifteen-year-old Mari and is desperate to avoid being caught up in the foster system. Again. And to complicate matters, she is... [Read More]

When her mother dies, fifteen-year-old Mari and is desperate to avoid being caught up in the foster system. Again. And to complicate matters, she is now the only one who can take care of her super-smart and on-the-spectrum nine-year-old stepbrother, Conor. An unforgettable middle grade novel about two orphaned siblings on a cross-country journey in search of their place in the world. 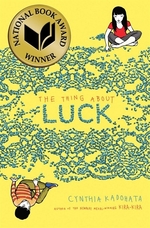 There is bad luck, good luck, and making your own luck—which is exactly what Summer must do to save her family in this winner of the National... [Read More]

There is bad luck, good luck, and making your own luck—which is exactly what Summer must do to save her family in this winner of the National Book Award by Newbery Medalist Cynthia Kadohata. Summer knows that kouun means “good luck” in Japanese, and this year her family has none of it. Just when she thinks nothing else can possibly go wrong, an emergency whisks her parents away to Japan—right before harvest season. Summer and her little brother, Jaz, are left in the care of their grandparents, who come out of retirement in order to harvest wheat and help pay the bills. The thing about Obaachan and Jiichan is that they are old-fashioned and demanding, and between helping Obaachan cook for the workers, covering for her when her back pain worsens, and worrying about her lonely little brother, Summer just barely has time to notice the attentions of their boss’s cute son. But notice she does, and what begins as a welcome distraction from the hard work soon turns into a mess of its own. Having thoroughly disappointed her grandmother, Summer figures the bad luck must be finished—but then it gets worse. And when that happens, Summer has to figure out how to change it herself, even if it means further displeasing Obaachan. Because it might be the only way to save her family. Cynthia Kadohata’s ode to the breadbasket of America has received six starred reviews and won the National Book Award.

Twin sisters, both on the run, but different as day and night. One, a professional rogue, searches for a fabled treasure; the other, a changeling,... [Read More]

Twin sisters, both on the run, but different as day and night. One, a professional rogue, searches for a fabled treasure; the other, a changeling, searches for the truth behind her origins, trying to find a place to fit in with the realm of fae who made her and the humans who shun her. Iselia "Seelie" Graygrove looks just like her twin, Isolde... but as an autistic changeling trying to navigate her unpredictable magic, Seelie finds it more difficult to fit in with the humans around her. When Seelie and Isolde are caught up in a heist gone wrong and make some unexpected allies, they find themselves unraveling a larger mystery that has its roots in the history of humans and fae alike. Both sisters soon discover that the secrets of the faeries may be more valuable than any pile of gold and jewels. But can Seelie harness her magic in time to protect her sister, and herself?