Your search returned 68 results in the Theme: poverty. 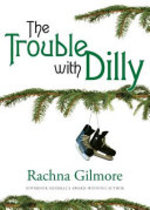 Dilly can’t believe her eyes. That new kid, Gedion—Sulky-face— is shoplifting from her family’s store, and her mother is just ... [Read More]

Dilly can’t believe her eyes. That new kid, Gedion—Sulky-face— is shoplifting from her family’s store, and her mother is just letting it happen. No wonder her parents can’t afford to buy her those special hockey skates she’s always wanted. But as soon as Dilly tells on Gedion, she realizes that some things are better left unsaid. Gedion’s father has just lost his job, and he has to put back some groceries to pay for the chocolate bars his son has stolen. To make up for her thoughtless action, Dilly comes up with the most fabulous, beautiful, wonderful idea: she’ll throw a Christmas party for Gedion and his parents, just like the ones Gedion’s father said they used to have in the old country. With her best friends on board, Dilly’s plan grows and grows. Soon the whole community is involved—from pipsqueak Simon to Dilly’s grandmother, a.k.a. the Great White Hen—with some hilarious and unexpected results. But has the party become too big? How will they raise all the money they need without Dilly having to dip into her own savings for those hockey skates she’s been yearning for? With Sulky-face always glaring at her, Dilly wonders why she’s bothering in the first place. 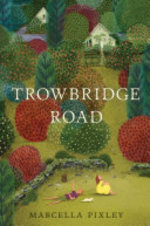 In a stunning novel set in the 1980s, a girl with heavy secrets awakens her sleepy street to the complexities of love and courage. It's the summer of ... [Read More]

In a stunning novel set in the 1980s, a girl with heavy secrets awakens her sleepy street to the complexities of love and courage. It's the summer of '83 on Trowbridge Road, and June Bug Jordan is hungry. Months after her father's death from complications from AIDS, her mother has stopped cooking and refuses to leave the house, instead locking herself away to scour at the germs she believes are everywhere. June Bug threatens this precarious existence by going out into the neighborhood, gradually befriending Ziggy, an imaginative boy who is living with his Nana Jean after experiencing troubles of his own. But as June Bug's connection to the world grows stronger, her mother's grows more distant -- even dangerous -- pushing June Bug to choose between truth and healing and the only home she has ever known. Trowbridge Road paints an unwavering portrait of a girl and her family touched by mental illness and grief. Set in the Boston suburbs during the first years of the AIDS epidemic, the novel explores how a seemingly perfect neighborhood can contain restless ghosts and unspoken secrets. Written with deep insight and subtle lyricism by acclaimed author Marcella Pixley, Trowbridge Road demonstrates our power to rescue one another even when our hearts are broken. 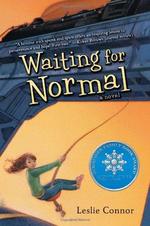 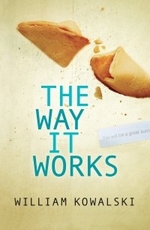 Walter Davis is young, handsome, intelligent, dynamic and personable. The product of a bi-racial marriage but abandoned by his father as a young child... [Read More]

Walter Davis is young, handsome, intelligent, dynamic and personable. The product of a bi-racial marriage but abandoned by his father as a young child, he prides himself on three things: his drive to succeed, his fine clothes and never having been late for anything in his life. Walter is also homeless. The medical expenses that came with his mother's brief and unsuccessful battle against cancer have left him destitute. Still, ever the optimist, Walter believes that if he lives in his car for a few months, he will have the time he needs to find a good job in the business world and turn his life around. His situation gets more complicated when he finds himself attracted to a girl he meets at the mailing center where he keeps a post box. But trying to impress a girl when you have no fixed address proves difficult, and when he's caught in a lie, she shuns his company. Walter's struggles grow when his car is impounded and he can't afford to pay the fine. Only resilience, ingenuity and his drive to succeed can bring Walter back from the brink of despair. 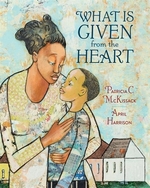 WHAT IS GIVEN FROM THE HEART
By: patricia mckissack | Published: January 2019

This final, magnificent picture book from three-time Coretta Scott King Award winner and Newbery Honor author Patricia McKissack is a poignant and uplifting celebration of the joy of giving. "Misery loves company," Mama says to James Otis. It's been a rough couple of months for them, but Mama says as long as they have their health and strength, they're blessed. One Sunday before Valentine's Day, Reverend Dennis makes an announcement during the service-- the Temples have lost everything in a fire, and the church is collecting anything that might be useful to them. James thinks hard about what he can add to the Temple's "love box," but what does he have worth giving? With her extraordinary gift for storytelling, McKissack--with stunning illustrations by Harrison--delivers a touching, powerful tale of compassion and reminds us all that what is given from the heart, reaches the heart. 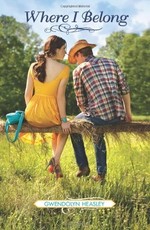 WHERE I BELONG
By: gwendolyn heasley | Published: February 2011

When sixteen-year-old Corinne Corcoran's father loses his job, she is forced to give up her privileged Manhattan lifestyle and move to Broken Spoke, T... [Read More]

When sixteen-year-old Corinne Corcoran's father loses his job, she is forced to give up her privileged Manhattan lifestyle and move to Broken Spoke, Texas, where she discovers that life is more than shopping sprees and country clubs. 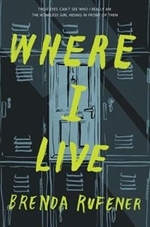 WHERE I LIVE
By: brenda rufener | Published: February 2018

Included on Bustle's list of the "27 Most Anticipated YA Contemporary Books Hitting Shelves in 2018"! “Fans of Jennifer Niven... [Read More]

Included on Bustle's list of the "27 Most Anticipated YA Contemporary Books Hitting Shelves in 2018"! “Fans of Jennifer Niven and Nicola Yoon will enjoy this realistic debut novel, which brings to light heavy topics of homelessness and abuse.” —School Library Journal “Where I Live is hard-hitting and real and filled with hope. It makes you want to find your voice, find your people, and tell your story.” —Jennifer Niven, New York Times bestselling author of All the Bright Places and Holding Up the Universe From debut author Brenda Rufener comes a heart-wrenching and evocative story perfect for fans of Thirteen Reasons Why, Girl in Pieces, and All the Bright Places. Linden Rose has a big secret—she is homeless and living in the halls of her small-town high school. Her position as school blog editor, her best friends, Ham and Seung, and the promise of a future far away are what keep Linden under the radar and moving forward. But when cool-girl Bea comes to school with a bloody lip, the damage hits too close to home. Linden begins looking at Bea’s life, and soon her investigation prompts people to pay more attention. And attention is the last thing she needs. Linden knows the only way to put a stop to the violence is to tell Bea’s story and come to terms with her own painful past. Even if that means breaking her rules for survival and jeopardizing the secrets she’s worked so hard to keep. 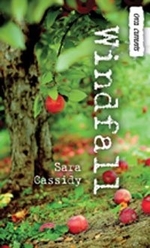 Life is full of challenges for thirteen-year-old Liza. She is already having trouble coping with the death of a local homeless man when she learns tha... [Read More]

Life is full of challenges for thirteen-year-old Liza. She is already having trouble coping with the death of a local homeless man when she learns that her family's apple tree will need to be chopped down. If that wasn't enough, the new principal at school keeps blocking her attempts for a positive outlet by refusing permission for every project that GRRR! (Girls for Renewable Resources, Really!) and BRRR! (Boys for Renewable Resources, Really!) proposes. Liza starts to feel like she needs to create change in her world without seeking permission. When she chooses the school grounds as the site for her latest endeavor, she may have gone too far.