Your search returned 3,112 results in the Category: adult fiction.

"The Canadian internment of Japanese citizens leading up to and during the Second World War. The story follows three main characters as they negotiate... [Read More]

"The Canadian internment of Japanese citizens leading up to and during the Second World War. The story follows three main characters as they negotiate this extremely difficult time for Japanese-Canadians."-- 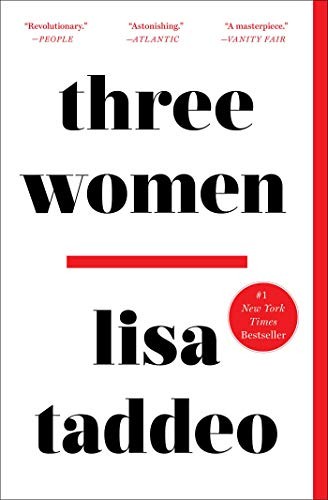 Shortlisted for the 2017 Kobo Emerging Writer Prize, Speculative Fiction Category A young man's quest to find his missing sister will catapult him into a dangerous labyrinth of secrets in this provocative, genre-bending, and page-turning debut. After several years of drifting between school and go-nowhere jobs, a young man is drawn back into the big city of his youth. The magnet is his beloved older sister, Grace: always smart and charismatic even when she was rebelling, and always his hero. Now she is a promising graduate student in psychophysics and the centre of a group of friends who take "Little Brother" into their fold, where he finds camaraderie, romance, and even a decent job. But it soon becomes clear that things are not well with Grace. Always acerbic, she now veers into sudden rages that are increasingly directed at her adoring boyfriend, John, who is also her fellow researcher. When Grace disappears, and John shortly thereafter, the narrator makes an astonishing discovery in their apartment: a box big enough to crawl inside, a lab rat, and a note that says This is the only way back for us. Soon he embarks on a mission to discover the truth, a pursuit that forces him to question time and space itself, and ultimately toward a perilous confrontation at the very limits of imagination. This kinetic novel catapults the classic noir plot of a woman gone missing into the 21st century city, where so-called reality crashes into speculative science in a novel reminiscent of Danielewski's House of Leaves. Three Years with the Rat is simultaneously a mind-twisting mystery that plays with the very nature of time and the story of a young man who must face the dangerously destructive forces we all carry within ourselves. 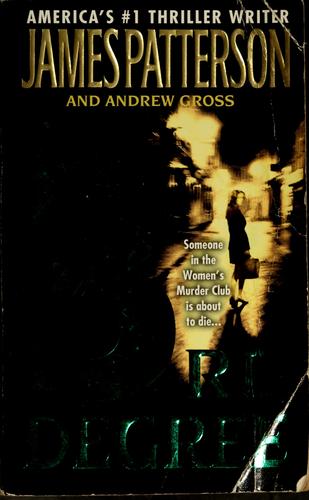 Bestselling author Alexander McCall Smith brings all the warmth of his extraordinary No. 1 Ladies’ Detective Agency books and the Sunday Philoso... [Read More]

Bestselling author Alexander McCall Smith brings all the warmth of his extraordinary No. 1 Ladies’ Detective Agency books and the Sunday Philosophy Club series to this witty novel chronicling the lives of the residents of 44 Scotland Street in Edinburgh. Originally serialized in The Scotsman, 44 Scotland Street is an international sensation. When twenty-year-old Pat rents a room from handsome and cocky Bruce, she inherits some delightfully colourful neighbours: Domenica, an insightful and eccentric widow; Bertie, a five-year-old who’s mastered both saxophone and Italian; and Irene, his overbearing mother. Pat’s new job at a gallery seems easy enough. Her boss spends most of his time drinking coffee in a local café and discussing matters great and small, and Pat’s duties are light. That is until she realizes that one of their paintings may be an undiscovered work of a renowned Scottish artist and she discovers that one of their customers may be in on the secret. Add to this a fancy ball, love triangles and an encounter with a famous crime writer, and you have Alexander McCall Smith’s entertaining and humorous portrait of Edinburgh society.

Best friends almost from birth, Ollie Swanson and Dougie Tarkenen grow up in the idyllic surroundings of a small Pacific Northwest fishing village. Shortly after their high school graduation, they commit a desperate act and must share the secret of that act for over a decade of their young adult lives. Then Dougie turns up dead, apparently drowned in a canoe accident, and Ollie is devastated. However, Ollie discovers some tapes that Dougie had secretly recorded while working as a reporter for an Ottawa newspaper. The tapes provide evidence of high-level government corruption, and Ollie decides to pursue the story as a way of honoring his friend. But he is shocked to discover that the circumstances of Dougie’s death are not what they seem; rather his death is linked to the secret they share from their youth, and to an Ottawa conspiracy to force through an oil pipeline to the West Coast. The Fourth Betrayal twists through tangled thickets of friendship, loss and greed, sacrifice, and world-class deception. As Ollie's life comes under increasing threat, he must figure out a way to protect himself and his family, all while betrayals loom and menace like phantoms in the fog.

The Fourth Handasks an interesting question: “How can anyone identify a dream of the future?” The answer: “Destiny is not imaginable... [Read More]

The Fourth Handasks an interesting question: “How can anyone identify a dream of the future?” The answer: “Destiny is not imaginable, except in dreams or to those in love." While reporting a story from India, a New York television journalist has his left hand eaten by a lion; millions of TV viewers witness the accident. In Boston, a renowned hand surgeon awaits the opportunity to perform the nation’s first hand transplant; meanwhile, in the distracting aftermath of an acrimonious divorce, the surgeon is seduced by his housekeeper. A married woman in Wisconsin wants to give the one-handed reporter her husband’s left hand – that is, after her husband dies. But the husband is alive, relatively young, and healthy. This is how John Irving’s tenth novel begins; it seems, at first, to be a comedy, perhaps a satire, almost certainly a sexual farce. Yet, in the end,The Fourth Handis as realistic and emotionally moving as any of Mr. Irving’s previous novels – includingThe World According to Garp, A Prayer for Owen Meany, andA Widow for One Year– or his Oscar-winning screenplay ofThe Cider House Rules. The Fourth Handis characteristic of John Irving’s seamless storytelling and further explores some of the author’s recurring themes – loss, grief, love as redemption. But this novel also breaks new ground; it offers a penetrating look at the power of second chances and the will to change. 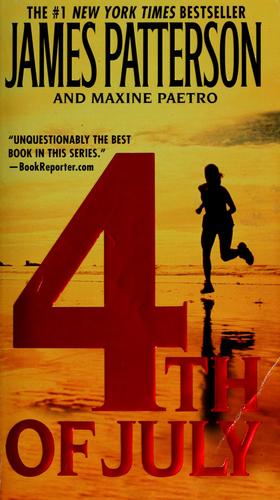 A collection of biographical profiles, interviews, and 130 black-and-white photographs chronicles the lives, dreams, joys, and sorrows of some of the ... [Read More]

A collection of biographical profiles, interviews, and 130 black-and-white photographs chronicles the lives, dreams, joys, and sorrows of some of the inhabitants of New York City--from actors, artists, and social workers to bus boys, bankers, students, and more--in a collection based on the author's weekly column in the Village Voice. Original. 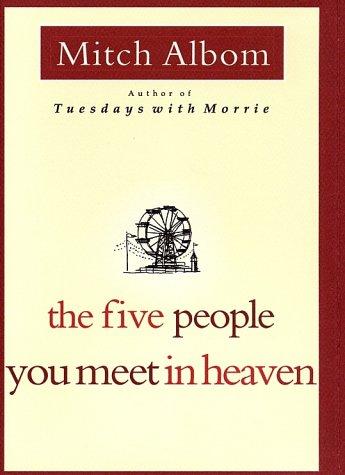 5 PEOPLE YOU MEET IN HEAVEN
By: mitch albom | Published: September 2003 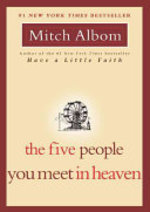 5 PEOPLE YOU MEET IN HEAVEN
By: mitch albon | Published: February 2006

A specially produced paperback edition -- with flaps -- of the phenomenal #1 New York Times bestseller, that has sold more than six million copies in ... [Read More]

A specially produced paperback edition -- with flaps -- of the phenomenal #1 New York Times bestseller, that has sold more than six million copies in hardcover Eddie is a grizzled war veteran who feels trapped in a meaningless life of fixing rides at a seaside amusement park. His days are a dull routine of work, loneliness, and regret. Then, on his 83rd birthday, Eddie dies in a tragic accident, trying to save a little girl from a falling cart. He awakens in the afterlife, where he learns that heaven is not a lush Garden of Eden, but a place where your earthly life is explained to you by five people. These people may have been loved ones or distant strangers. Yet each of them changed your path forever. One by one, Eddie's five people illuminate the unseen connections of his earthly life. As the story builds to its stunning conclusion, Eddie desperately seeks redemption in the still-unknown last act of his life: Was it a heroic success or a devastating failure The answer, which comes from the most unlikely of sources, is as inspirational as a glimpse of heaven itself. In The Five People You Meet in Heaven, Mitch Albom gives us an astoundingly original story that will change everything you've ever thought about the afterlife -- and the meaning of our lives here on earth. With a timeless tale, appealing to all, this is a book that readers of fine fiction, and those who loved Tuesdays with Morrie, will treasure. 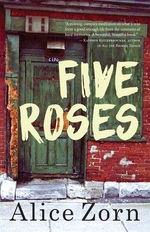 2017 Evergreen Award, Forest of Reading - Nominated A sister. A baby. A man who watches from the trees. Fara and her husband buy a house with... [Read More]

2017 Evergreen Award, Forest of Reading - Nominated A sister. A baby. A man who watches from the trees. Fara and her husband buy a house with a disturbing history that reawakens memories of her own family tragedy. Maddy still lives in the house, once a hippie commune, where her daughter was kidnapped twenty-seven years ago. Rose grew up isolated with her mother in the backwoods north of Montreal. Now in the city, she questions the silence and deception that shaped her upbringing. Fara, Maddy, and Rose meet in Montreal's historic Pointe St-Charles, a rundown neighbourhood on the cusp of gentrification. Against a backdrop of abandonment, loss, and revitalization, the women must confront troubling secrets in order to rebuild their lives.Zorn deftly interweaves the rich yet fragile lives of three very different people into a story of strength and friendship.

In the tradition of The Poisonwood Bible and State of Wonder, a novel set in the rainforest of Ecuador about five women left behind when their mission... [Read More]

In the tradition of The Poisonwood Bible and State of Wonder, a novel set in the rainforest of Ecuador about five women left behind when their missionary husbands are killed. Based on the shocking real-life events In 1956, a small group of evangelical Christian missionaries and their families journeyed to the rainforest in Ecuador intending to convert the Waorani, a people who had never had contact with the outside world. The plan was known as Operation Auca. After spending days dropping gifts from an aircraft, the five men in the party rashly entered the “intangible zone.” They were all killed, leaving their wives and children to fend for themselves. Five Wives is the fictionalized account of the real-life women who were left behind, and their struggles – with grief, with doubt, and with each other – as they continued to pursue their evangelical mission in the face of the explosion of fame that followed their husbands’ deaths. Five Wives is a riveting, often wrenching story of evangelism and its legacy, teeming with atmosphere and compelling characters and rich in emotional impact.

Ramsay is a man twice born, a man who has returned from the hell of the battle-grave at Passchendaele in World War I decorated with the Victoria Cross... [Read More]

Ramsay is a man twice born, a man who has returned from the hell of the battle-grave at Passchendaele in World War I decorated with the Victoria Cross and destined to be caught in a no man's land where memory, history, and myth collide. As Ramsay tells his story, it begins to seem that from boyhood, he has exerted a perhaps mystical, perhaps pernicious, influence on those around him. His apparently innocent involvement in such innocuous events as the throwing of a snowball or the teaching of card tricks to a small boy in the end prove neither innocent nor innocuous. Fifth Business stands alone as a remarkable story told by a rational man who discovers that the marvelous is only another aspect of the real. 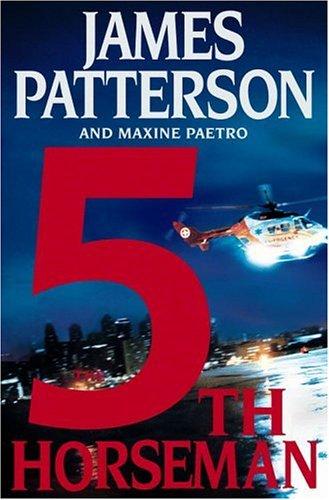