Your search returned 2,405 results in the Category: adult fiction. 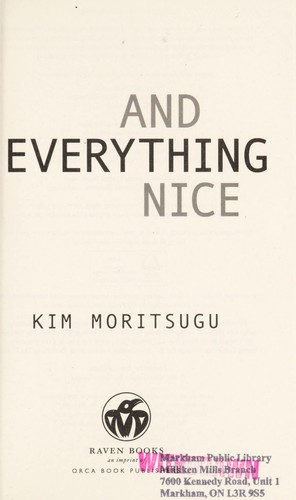 After joining a community rock choir, Stephanie helps her new friend recover her private journal from a blackmailer.

Few people know the real Alex MacAskill. Most of the world sees a painfully and chronically shy software engineer in his mid-20s. When his mother,... [Read More]

Few people know the real Alex MacAskill. Most of the world sees a painfully and chronically shy software engineer in his mid-20s. When his mother, one of the only people in the world who Alex felt comfortable as himself around, dies after a long illness, he suddenly has no choice but to face the very thing that he's been avoiding since that night in high school. In an instant, Alex finds himself trying to piece together the mystery of his identity, and on a search for parts of his family he never knew existed. 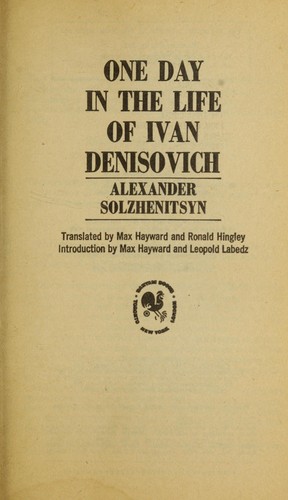 1 DAY IN THE LIFE OF IVAN DENISOVICH
By: a solzhenitsyn | Published: July 1984

LIla is dead. And the likely suspects are all men: her flash-in-the-pan literary husband, a washed up golf pro turned criminal with a cocaine habit,... [Read More]

LIla is dead. And the likely suspects are all men: her flash-in-the-pan literary husband, a washed up golf pro turned criminal with a cocaine habit, and two small-time thugs looking for the perfect score. As a crime novel for a new age, this is sex, drugs, and a story that unfolds as a map of bad intentions. In One Hit Wonders, Patrick Warner weaves an energetic tale that is part caper and partmurdermystery--relentlessly satiric, brutally funny, and obsessively readable

Fiction. African & African American Studies. Women's Studies. ONE MAN DANCING is based on the true story of a young Ugandan actor-dancer growing into artistic maturity during the murderous regime of dictator Idi Amin. It follows Charles from his youth in Uganda's colonial villages, and through his work with artistic guru Robert Serumaga, which takes him on an eye-opening whirlwind international tour. Bounced from Africa to Europe to Canada and back again, Charles experiences bizarre and dangerous encounters with assassination, natural disaster, Idi Amin, and even the CIA. Based on the extraordinary life of a Ugandan actor, ONE MAN DANCING is a political mystery, a story of risk and freedom, a harrowing tale of theatre and personal belief.

After fifty years of guilt over his brother’s brutal murder in Civil Rights–era Mississippi, Warren Williams decides to renew his fight... [Read More]

After fifty years of guilt over his brother’s brutal murder in Civil Rights–era Mississippi, Warren Williams decides to renew his fight to bring the men responsible to justice. His efforts put him face-to-face with one of the murderers, Earl Olsen, in a remote Ontario town where a contest of wits will end in death. 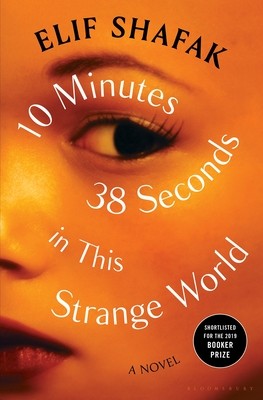 10 MINUTES 38 SECONDS IN THIS STRANGE WO
By: elif shafak | Published: September 2019 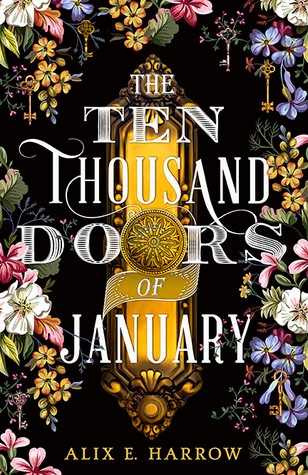 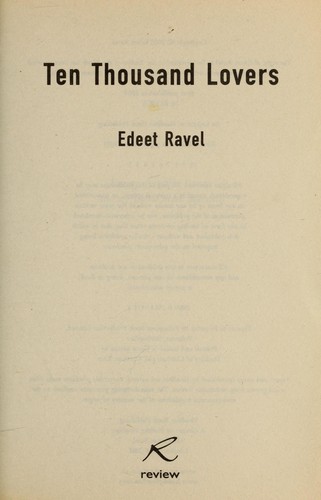 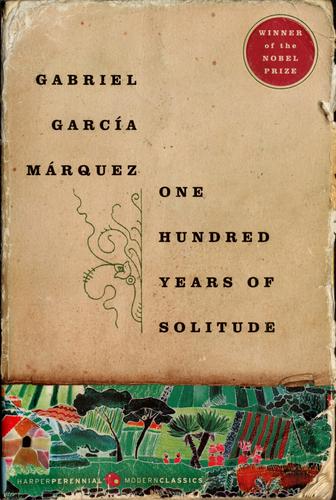 Tells the story of the Buendia family, set against the background of the evolution and eventual decadence of a small South American town. 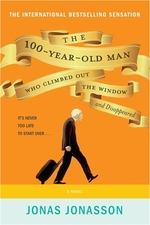 100-YEAR-OLD MAN WHO CLIMBED OUT THE WIN
By: jonas jonasson | Published: August 2012

The international publishing sensation-over two million copies sold. A reluctant centenarian much like Forrest Gump (if Gump were an explosives... [Read More]

The international publishing sensation-over two million copies sold. A reluctant centenarian much like Forrest Gump (if Gump were an explosives expert with a fondness for vodka) decides it's not too late to start over . After a long and eventful life, Allan Karlsson ends up in a nursing home, believing it to be his last stop. The only problem is that he's still in good health, and in one day, he turns 100. A big celebration is in the works, but Allan really isn't interested (and he'd like a bit more control over his vodka consumption). So he decides to escape. He climbs out the window in his slippers and embarks on a hilarious and entirely unexpected journey, involving, among other surprises, a suitcase stuffed with cash, some unpleasant criminals, a friendly hot-dog stand operator, and an elephant (not to mention a death by elephant). It would be the adventure of a lifetime for anyone else, but Allan has a larger-than-life backstory: Not only has he witnessed some of the most important events of the twentieth century, but he has actually played a key role in them. Starting out in munitions as a boy, he somehow finds himselfinvolved in many of the key explosions of the twentieth century and travels the world, sharing meals and more with everyone from Stalin, Churchill, and Truman to Mao, Franco, and de Gaulle. Quirky and utterly unique, The 100-Year-Old Man Who Climbed Out the Window and Disappeared has charmed readers across the world.

Moving, entertaining, and witty, A Thousand Consolations is a literary romantic comedy for fans of David Nicholls's Us and Emma Straub's Modern... [Read More]

Moving, entertaining, and witty, A Thousand Consolations is a literary romantic comedy for fans of David Nicholls's Us and Emma Straub's Modern Lovers. Paula doesn't put much faith in the candles she designs for her customers, which promise to cure everything from unrequited love to ingrown toenails; it's just a business she started after her husband's untimely death put an end to their joint dream of a career on the stage. Believing she may have somehow contributed to Teddy's illness, Paula is too crippled by guilt to pursue the dream of acting on her own, and too bitter to believe she'll ever be happy again. Then she meets Héctor, a former concert pianist seeking refuge from the Mexican narcos who severed his fingers and threatened worse. With great charm and wit, Héctor seduces her into believing in a life in which hope coexists with disappointment, happiness with loss. Paula begins to believe that love is a possibility after all. But will Hector be allowed to remain in Canada, or be sent back to an unknown fate? A Thousand Consolations is a surprisingly funny novel in which virtuosity, philosophy, and humour endure despite the modern blights of refugee politics and the threat of narcoterrorism. 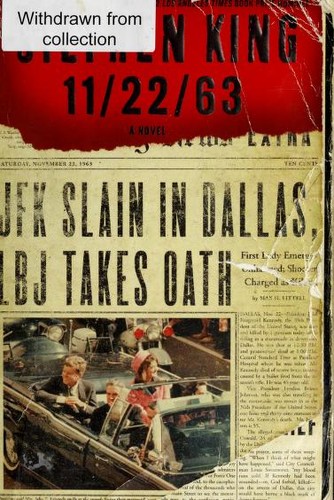 Dallas, 11/22/63: Three shots ring out. President John F. Kennedy is dead. Life can turn on a dime—or stumble into the extraordinary, as it... [Read More]

Dallas, 11/22/63: Three shots ring out. President John F. Kennedy is dead. Life can turn on a dime—or stumble into the extraordinary, as it does for Jake Epping, a high school English teacher in a Maine town. While grading essays by his GED students, Jake reads a gruesome, enthralling piece penned by janitor Harry Dunning: fifty years ago, Harry somehow survived his father’s sledgehammer slaughter of his entire family. Jake is blown away . . . but an even more bizarre secret comes to light when Jake’s friend Al, owner of the local diner, enlists Jake to take over the mission that has become his obsession—to prevent the Kennedy assassination. How? By stepping through a portal in the diner’s storeroom, and into the era of Ike and Elvis, of big American cars, sock hops, and cigarette smoke. . . . Finding himself in warmhearted Jodie, Texas, Jake begins a new life. But all turns in the road lead to a troubled loner named Lee Harvey Oswald. The course of history is about to be rewritten . . . and become heart-stoppingly suspenseful. (back cover) 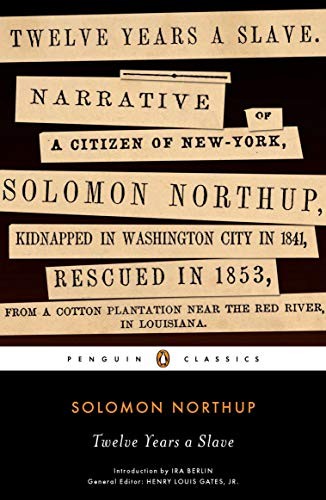 "A harrowing memoir about one of the darkest periods in American historyBorn a free man in New York, Solomon Northup was abducted in Washington,... [Read More]

"A harrowing memoir about one of the darkest periods in American historyBorn a free man in New York, Solomon Northup was abducted in Washington, D.C., in 1841 and spent the next twelve years of his life in captivity as a slave on a Louisiana cotton plantation. After his rescue, he published this exceptionally vivid and detailed account of slave life--perhaps the best written of all the slave narratives. It became an immediate bestseller and today is recognized for its unusual insight and eloquence as one of the very few portraits of American slavery produced by someone as educated as Solomon Northup, or by someone with the dual perspective of having been both a free man and a slave"-- "Born a free man in New York State in 1808, Solomon Northup was kidnapped in Washington, D.C., in 1841. He spent the next twelve harrowing years of his life as a slave on a Louisiana cotton plantation. During this time he was frequently abused and often afraid for his life. After regaining his freedom in 1853, Northup decided to publish this gripping autobiographical account of his captivity. As an educated man, Northup was able to present an exceptionally detailed and accurate description of slave life and plantation society. Indeed, this book is probably the fullest, most realistic picture of the "peculiar institution" during the three decades before the Civil War. Moreover, Northup tells his story both from the viewpoint of an outsider, who had experienced thirty years of freedom and dignity in the United States before his capture, and as a slave, reduced to total bondage and submission. Very few personal accounts of American slavery were written by slaves with a similar history. Published in 1853, Northup's book found a ready audience and almost immediately became a bestseller. Aside from its vivid depiction of the detention, transportation, and sale of slaves, TWELVE YEARS A SLAVE is admired for its classic accounts of cotton and sugar production, its uncannily precise recall of people, times, and places, and the compelling details that recreate the daily routine of slaves in the Gulf South"--